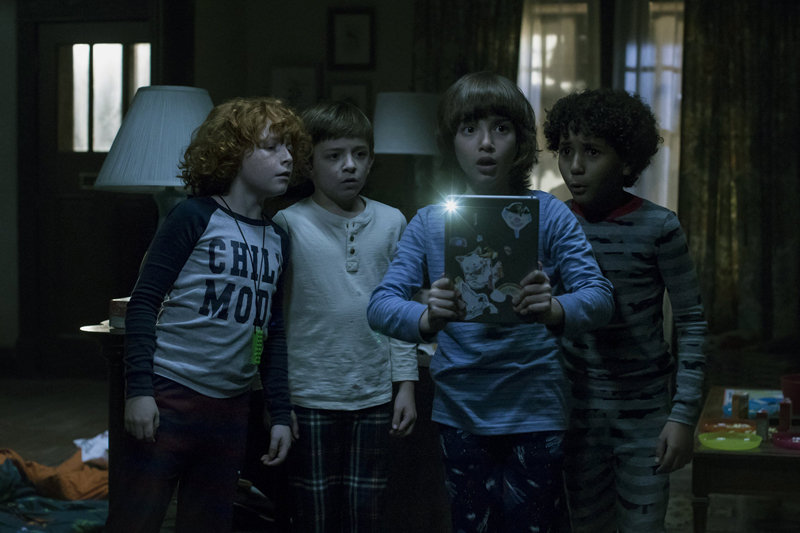 Reasonably effective and refreshingly gore-free monster movie in which an isolated 8-year-old autistic boy (Azhy Robertson) is stalked by an otherworldly creature who pretends to want to befriend him but in fact has a far darker design in mind. With her marriage (to John Gallagher Jr.) breaking down, the lad’s mom (Gillian Jacobs) is at first too distracted to grasp what’s going on, but she eventually becomes a believer and, once she does, gives her all to the fight to protect her son.

In expanding his eponymous short film, writer-director Jacob Chase goes for old-fashioned, bump-in-the-night thrills. Though his message about online interaction supplanting in-person encounters and thereby breeding the loneliness that creates the fiend is a bit heavy-handed, his depiction of maternal love enduring through challenges ordinary and extraordinary alike is served up more adroitly.

Occult themes, at least one mild oath. The Catholic News Service classification is A-II — adults and adolescents. The Motion Picture Association rating is PG-13 — parents strongly cautioned. Some material may be inappropriate for children under 13.