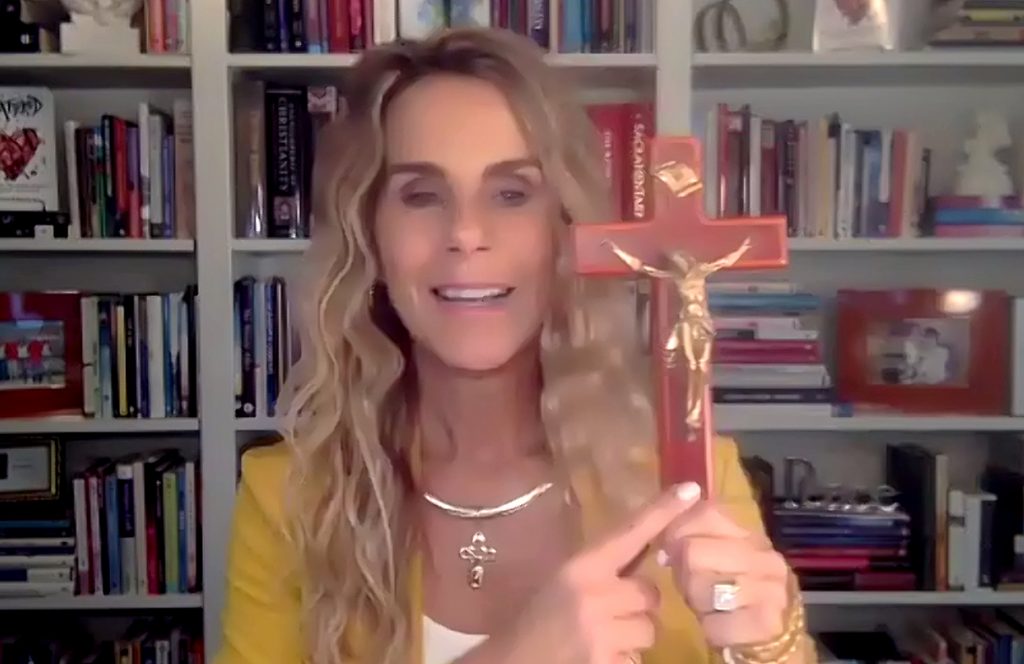 In this screenshot from the Peoria Diocesan Council of Catholic Women's virtual convention on Oct. 10, keynote speaker Judy Hehr talks about the paradox of the cross and says that when we forget that we are called to be Christ and see Christ in one another, what we do is in vain.

As COVID-19 has continued to linger as a health concern, many organizations wondered what to do about annual events. Some, like the Peoria Diocesan Council of Catholic Women, lost their venue when parishes had to limit gatherings due to safety precautions.

That didn’t stop the PDCCW, however. The board decided to switch to a virtual format and invited participants to connect via Zoom for the biennial convention on Oct. 10. It was new technology for some and a few “attended” by telephone only, but Kim Padan of Danville said it was worth the effort.

“Prayer sessions over telephone conference calls and a convention via Zoom were not even on our radar in March. Of course, these tools will never replace in-person contact, but they offer a bridge between isolation and face-to-face community, which we hope to have soon.” — Kim Padan, outgoing president, Peoria Diocesan Council of Catholic Women

“The irony of our social distancing through much of the year is that we have been forced to think outside the box. Prayer sessions over telephone conference calls and a convention via Zoom were not even on our radar in March,” said Padan, who turned over the presidency to Mary Ann Hughes of Westville during the daylong event.

“Of course, these tools will never replace in-person contact, but they offer a bridge between isolation and face-to-face community, which we hope to have soon.”

In her opening remarks, Padan thanked the women of St. Louis Church in Princeton, who had offered to host the convention.

“You ladies are wonderful and I hope that we can have an event at your parish in the not-too-distant future,” she said.

The convention came as the National Council of Catholic Women was celebrating its 100th anniversary. Even though it wasn’t the year anyone expected, Padan invited the women to join her in giving thanks to God for all that he had done through the years and said she was looking forward to what God would do in the future. 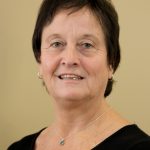 The opening session included a short business meeting that included approval of revisions to the bylaws. Among other things, the changes clarified the name of the organization and its mission to bring it in line with the National Council of Catholic Women.

The PDCCW president is appointed by Bishop Daniel R. Jenky, CSC, so delegates did not vote on Mary Ann Hughes for that office. They did elect those who would be joining her in leadership for the next two years: Carolyn Cauwels of Atkinson, vice president; Barbara Harzman of Macomb, secretary; and Jane Harris of Peoria, treasurer. 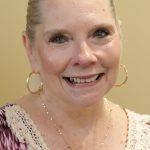 for her service as treasurer, and Hughes, who had been vice president and secretary.

Padan, who will continue on the board as immediate past president, said some of the goals for the coming year include adding people to the board with the hope of having each of the diocese’s 12 vicariates represented; visiting parish women’s groups in person; and increasing membership in the NCCW, which would give those groups access to a wealth of resources.

A local resource is Women Connect, a program to revitalize parish women’s ministries that was piloted by St. Mary in Metamora. Convention participants heard an enthusiastic presentation by April Adams, PDCCW chair of evangelization and a member of the Metamora parish. (See the story in the next issue of The Catholic Post.) 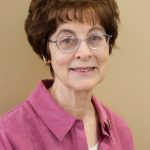 The virtual convention made it possible to hear from keynote speaker Judy Hehr, a radio and podcast host, author and development coach from the Milwaukee, Wisconsin area. She was the keynote speaker at the 2016 NCCW convention.

Hehr said she was glad the PDCCW had chosen to go ahead with a virtual platform rather than canceling because the concept of being “alone together” contradicts the “divine design.”

“There is nothing normal about us being separated,” she said. “While we absolutely honor what we are told to do for the safety of ourselves and others, at the core we were made in the divine design and created to relate.”

As the celebration continues for the NCCW’s 100th anniversary, Hehr said she is grateful that the council continues to support, empower and educate all Catholic women in the areas of spirituality, leadership and service. 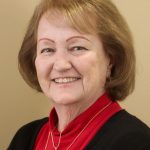 Her presentation was based on “Called and Gifted for the Third Millennium,” a 1995 document by the U.S. Conference of Catholic Bishops. In it, they talk about the calls to holiness, community, mission and ministry, and maturity.

She explained that holiness is union with Christ and when they are united with Jesus it becomes evident to everyone.

Being in community is not a matter of sameness, but of living, loving and learning from one another. People can go so much deeper when they live this way, she said.

Hehr talked about mission and ministry as a vocation and said being vehicles of service isn’t something they have to do, it’s something they get to do.

“Through baptism, through confirmation, through the sacrament of the Holy Eucharist we get to participate in the mission, which is the salvation of the world,” she said. “The gifts we get we get to be shared. . . . It’s a gift, so we give it.”

Maturity is about education and formation, which are catalysts for transformation, Hehr said, noting that people often want Easter Sunday without going through Good Friday.

“Don’t we want resurrection power without something dying in us? It’s true,” she said. “The reality is you can’t have one without the other.”

As she closed, Hehr said, “We are called to be faithful and when we add love to the equation, we cannot go wrong.”