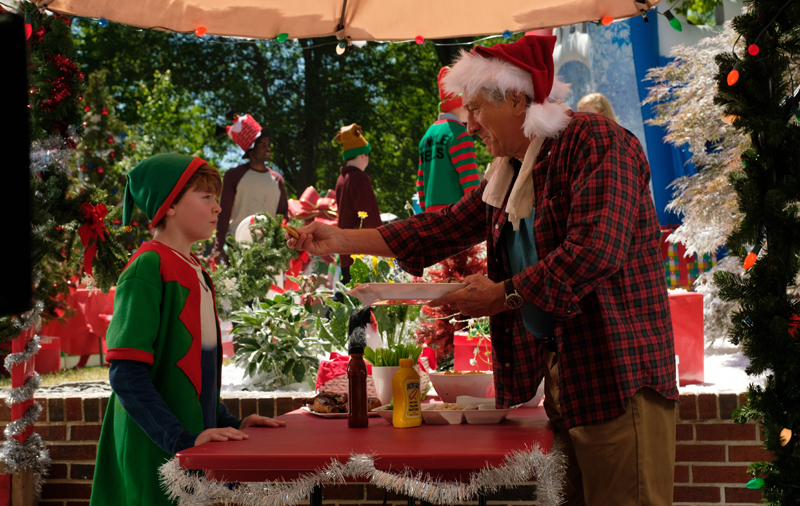 Robert De Niro and Oakes Fegley star in a scene from the movie "The War with Grandpa." The Catholic News Service classification is A-II -- adults and adolescents. (CNS/101 Studios)

In director Tom Hill’s flimsy comedy, adapted from Robert Kimmel Smith’s novel for children, a recently widowed retiree (Robert De Niro) is convinced by his daughter (Uma Thurman) to move in with her family and is given the bedroom previously occupied by his preteen grandson (Oakes Fegley), who is exiled to the attic. The boy resents this supposed injustice so much that he starts the conflict of the title, a battle of ever-escalating practical jokes. The setup is as unrealistic as the lad is ill-mannered and there are no surprises amid the ensuing slapstick.

Occasional anatomical and scatological humor, a couple of instances each of mild oaths and crass language. The Catholic News Service classification is A-II — adults and adolescents. The Motion Picture Association rating is PG — parental guidance suggested. Some material may not be suitable for children.