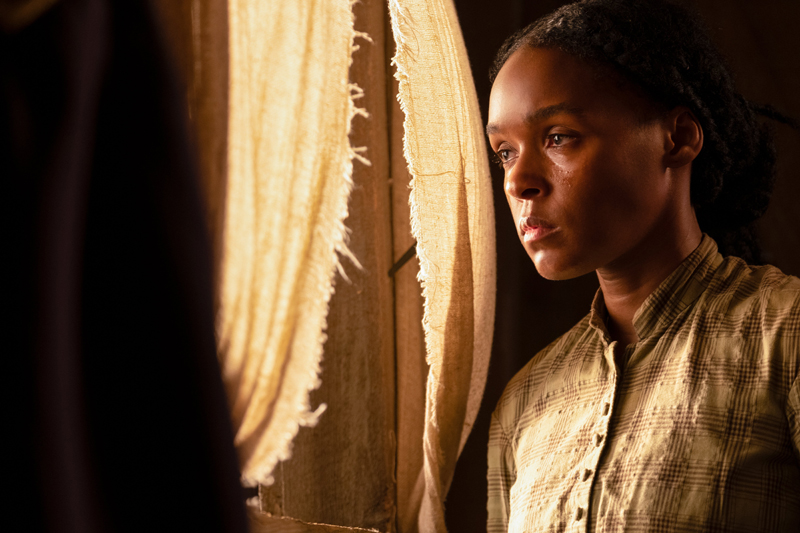 Janelle Monae stars in a scene from the movie "Antebellum." The Catholic News Service classification is L -- limited adult audience, films whose problematic content many adults would find troubling. (CNS/Lionsgate)

What seems at first to be a historical drama centered on the horrific experiences of an enslaved woman (Janelle Monae) and two of her peers (Tongayi Chirisa and Kiersey Clemons) on a Louisiana cotton plantation (run by Eric Lange and Jack Huston) appears later to be only an extended nightmare in the mind of a present-day social justice activist (also Monae).

But the plot takes a subsequent turn designed to make writer-directors Gerard Bush and Christopher Renz’s film a gloss on contemporary political divides. Far-fetched and ham-fisted, their grim fantasy is also tainted by a pursuit of revenge that viewers committed to Christian values will recognize as appealing to its audience’s worst impulses.