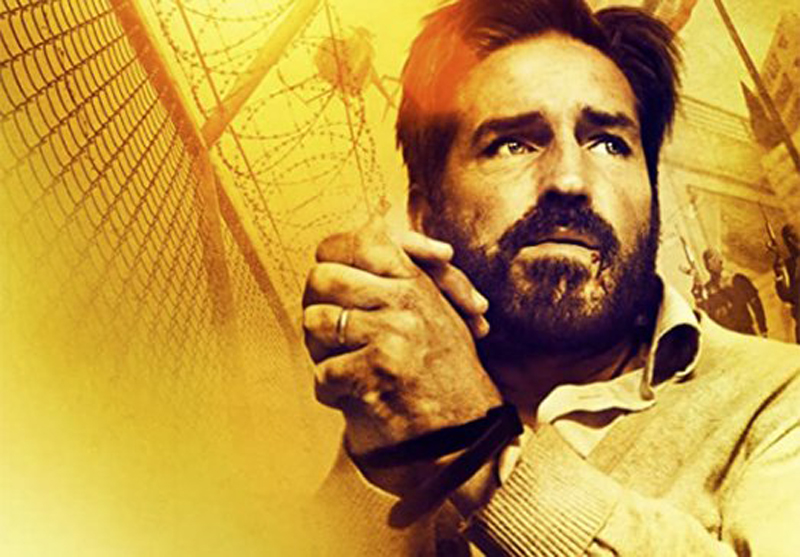 This is the movie poster for "Infidel." The Catholic News Service classification is L -- limited adult audience, films whose problematic content many adults would find troubling. (CNS/Cloudburst)

Invited to appear on Egyptian television, a Christian blogger (Jim Caviezel) asserts the divinity of Jesus on air, for which presumed insult to Islam he’s abducted and tortured first by the Hezbollah in Lebanon and later by Iranian terrorists. The efforts of his wife (Claudia Karvan), a State Department employee, to obtain his release are stymied by an obtuse legal system. Violently attacked by men she trusted to help her, she finds safety with a small underground community of Christians led by women, all the while struggling with her loss of faith, years before, as the result of a car accident.

Though it claims to be based on true events, writer-director Cyrus Nowrasteh’s political thriller might as well have a soundtrack of axes being ground. The tone throughout is more compatible with agitprop than effective evangelism.