Daily rosaries for the U.S. are being prayed at LaSalle-Peru parishes’ outdoor grottos 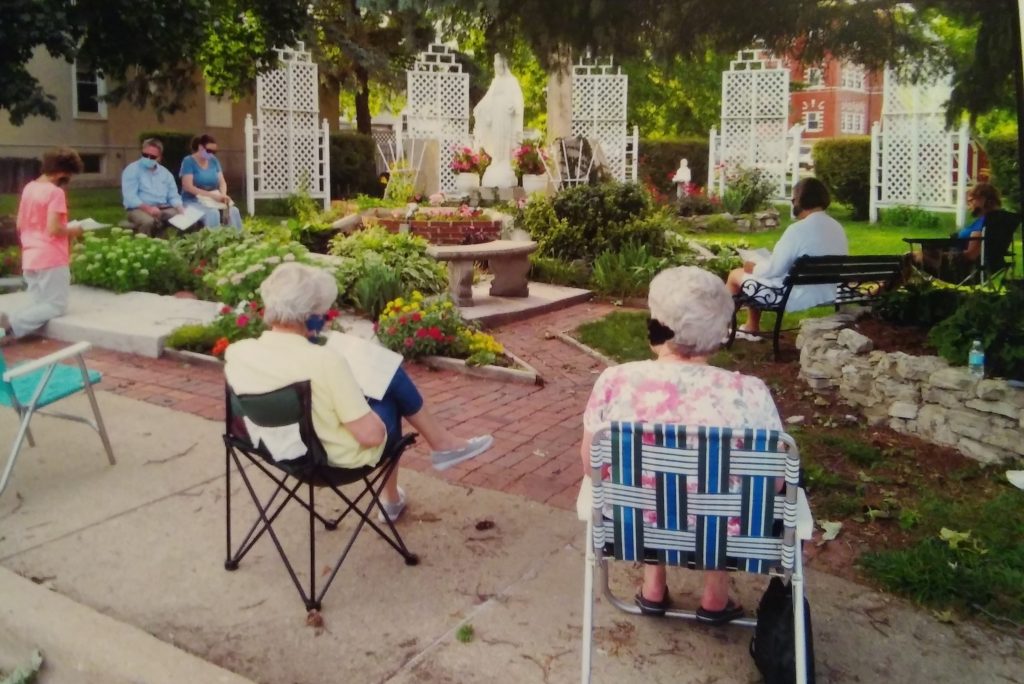 The Blessed Mother Grotto at St. Hyacinth Church in LaSalle is among the outdoor sites for a daily rosary prayed by a group of LaSalle-Peru area Catholics for the conversion of the United States "in this great time of need." (Provided photo)

Every day since the end of June, dozens of LaSalle-Peru area Catholics have met at outdoor grottos to the Blessed Mother to pray the rosary for the United States.

“We agreed we would do this every day even if only two of us showed up,” said Mary Kay Pangrcic, a member of St. Hyacinth Parish in LaSalle.

She explained the group formed after a Bible study discussion included concerns expressed about troubles in the nation and how “God is being thrown out and ignored.” Rather than wait for a Marian feast, they decided to pray at the grottos daily and spread the word.

The next day an invitation was extended following Mass. “There were eight of us praying the rosary for our country in a little rain under our umbrellas, and it has been going on every day since,” said Pangrcic. About 50 have taken part overall, including about a dozen daily.

During the week the rosary is recited at 6:15 p.m. on Mondays, Thursdays and Fridays at St. Patrick’s grotto and Tuesdays and Wednesdays at St. Hyacinth’s grotto, also in LaSalle; Saturdays after the 7:30 a.m. Mass at either St. Mary or St. Valentine in Peru (with the exception of First Saturdays, when the prayers follow the 8 a.m. Latin Mass at Queen of the Holy Rosary Shrine grotto in LaSalle); and Sundays after the 10 a.m. Latin Mass, also at Queen of the Holy Rosary Shrine.

The public is invited.

“For all who are patriotic and love our country, praying for it in this great time of need is crucial,” said Pangrcic. Specific intentions include prayers for the nation’s capital, Washington, D.C.; each state and its residents; for the branches of the federal government; state governors; and city and municipal offices.

“It would be great to see every parish in the Peoria Diocese that has an outside grotto to do the same,” said Pangrcic.