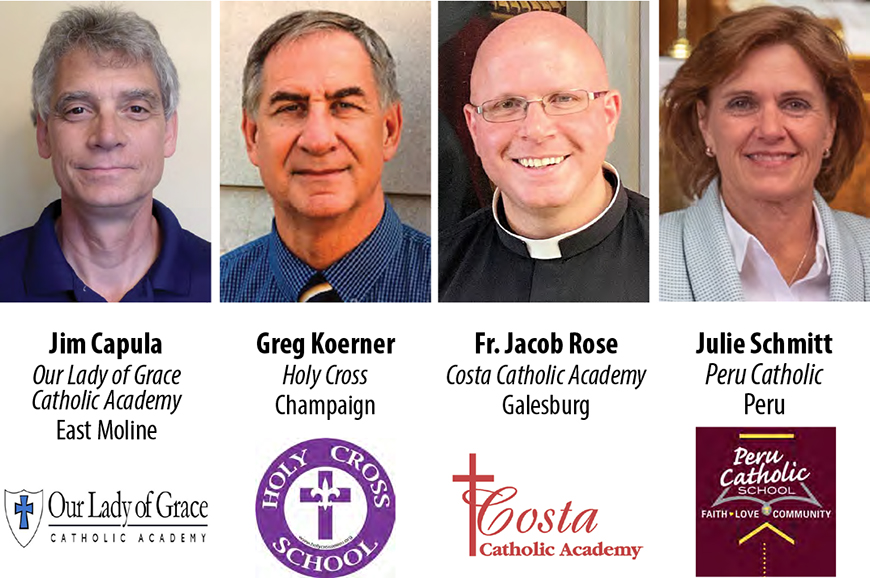 Four Catholic schools around the Diocese of Peoria welcomed new principals over the summer who bring with them many years of experience, a willingness to change course and adapt quickly as COVID-19 conditions have changed, and a dedication to Catholic education. They are Jim Caparula at Our Lady of Grace Catholic Academy in East Moline, Greg Koerner at Holy Cross School in Champaign, Father Jacob Rose at Costa Catholic Academy in Galesburg, and Julie Schmitt at Peru Catholic School in Peru.

Following are brief profiles for each of the new administrators.

He is also a graduate of Alleman High School in Rock Island. It was there that he decided to become a high school guidance counselor, due in large part to counselor Jim Tornabane, “a strong influence in my life and a super good guy.” 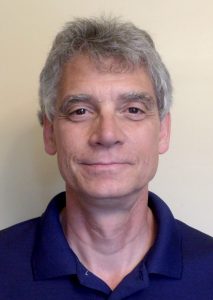 A funny thing happened on the way to his goal, however. Learning that he had to be a teacher first, Caparula went to the University of Iowa and while student teaching he fell in love with it.

Caparula worked for the Davenport Public Schools for 32 years. He taught special education and social studies at Frank L. Smart School in Davenport for 16 years and “wore a lot of other hats,” including those of coach and athletic director.

He retired, but it didn’t last long.

“I said when I retired that if I come back to work it will be in a Catholic school that’s in a perfect situation for me,” Caparula told The Catholic Post. “So there’s this small Catholic school in East Moline. It’s in my hometown and was really perfect. It’s just what I was looking for.”

What makes Our Lady of Grace perfect is the strong tradition, strong, positive culture, and strong sense of family, he said, adding “These (staff) people are all on board and they have each other’s backs. It’s a really nice place to work.

Caparula said some of those traditions had to be put on hold in order to bring the students back safely. Among them was pairing the eighth-graders and kindergartners for Mass and getting backpacks put together at the end of the day.

“We’re going to get through it and I keep saying that in six months from now hopefully we look back and say, ‘Do you remember those days when we were walking around in masks and making all these changes?’”

Caparula has been married to his wife, Cathy, for 31 years. They have a son and a daughter, who also attended Alleman, and one grandchild. They are active at Sacred Heart Cathedral in Davenport.

Greg Koerner was a familiar face around Holy Cross School and Parish long before he accepted the job as principal.

Koerner and his wife, Cathy, have been parishioners for 27 years and sent their four children to Holy Cross School. Along the way he served as athletic director, cross country coach and Scoutmaster for Boy Scout Troop 9.

His parish involvement includes being one of the “fry guys” for fish fries during Lent, planning three euchre tournaments each year, and being “a volunteer wherever they need a volunteer.” This is his fifth year on the parish council. 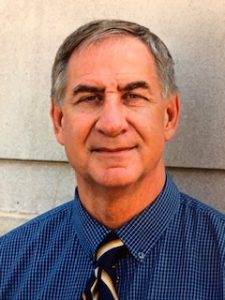 In addition, the Koerners are extraordinary ministers of Holy Communion.

“It’s been a very enjoyable, a very easy transition because I’ve known a lot of staff and teachers that still work here who were here when my children attended,” Greg Koerner said. “They’ve welcomed me with open arms.”

Koerner comes to Holy Cross with 15 years of experience as a physical education teacher and recreation director at Cunningham Children’s School in Urbana, and 20 years with the Ready Program, the Regional Office of Education’s alternative school. While there he worked as a physical education teacher for four years, middle school dean for four years, and then principal.

When teachers from Holy Cross School came to his house and started “planting seeds” for him to come to Holy Cross, Koerner prayed about it for three years before deciding the time was right.

He said he appreciates Catholic education because “it lays the foundation for students to be successful in life and it starts early, from kindergarten all the way through their high school career.”

He sought that for his own children, who attended The High School of Saint Thomas More in Champaign after graduating from Holy Cross.

“I told my children — and they can probably repeat this for you — that it is my goal as a parent to give my children a strong faith, a strong education, and a strong family. I believe you can get all three of those components by a Catholic education,” Koerner said.

Taking a new approach at Costa Catholic Academy in Galesburg, the Office of Catholic Schools for the Diocese of Peoria asked Father Jacob Rose if he would consider serving as principal. Little did Dr. Sharon Weiss, superintendent, and Jerry Sanderson, associate superintendent, know that he had already been thinking about this.

“All of my assignments as a priest I’ve been associated with a school and that’s a great blessing in my life,” said Father Rose, who has been parochial vicar for the Galesburg Catholic Community since 2018. 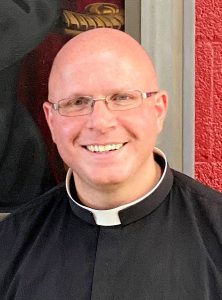 “I never expressed my interest because I didn’t know if it was a viable option since there aren’t other priests who are principals of schools. It’s a specialized ministry and that wasn’t the practice of priest assignments,” he said.

When the post remained open this summer, Weiss approached Father William Miller, pastor, and Bishop Daniel R. Jenky, CSC. The bishop agreed to the arrangement, with Father Rose serving as principal while remaining parochial vicar at Corpus Christi, Immaculate Heart of Mary and St. Patrick in Galesburg and Sacred Heart in Abingdon.

“There’s a great continuity between parish life and learning the faith and what’s happening in school,” Father Rose told The Catholic Post. “Hopefully by all of us working together we decided that was certainly a possibility and could be worked out.”

It is his hope that the new arrangement will also provide an opportunity to bridge the gap between the parishes and Costa Catholic and bring the community closer together.

Father Rose grew up in La Moille. His home parish was Sts. Peter and Paul in Peterstown, where he was active in Teens Encounter Christ. After graduating from St. Bede Academy in 2005, he went on to Immaculate Heart of Mary Seminary at Saint Mary’s University of Minnesota.

He completed his studies for the priesthood at Mount St. Mary’s Seminary in Emmitsburg, Maryland, earning a master’s of divinity and a master’s in moral theology. Father Rose was ordained on May 25, 2013, by Bishop Jenky at St. Mary’s Cathedral in Peoria.

As parochial vicar at St. Michael the Archangel in Streator and St. Patrick in Seneca, he was chaplain at Marquette Academy in Ottawa and involved in the school musicals at the Streator school. Appointed administrator at St. Joseph in Peru in 2017, he also served Peru Catholic School.

While he may not have the same education or background as others in his situation, Father Rose said the pandemic has leveled the playing field.

Julie Schmitt became interested in Peru Catholic School after hearing all the wonderful things the interim principal said about it over the course of the last year. That principal was her husband, Dan, who had served previously at Trinity Catholic Academy in LaSalle.

“He would come home and say, ‘They have a really good staff there. The kids are really good. It’s a nice little school,’” she said. “When it came time for them to search for someone he said, ‘You know, if you want to think about it, it would be a really nice place to be.’”

She decided to apply at Peru Catholic and see what happened. 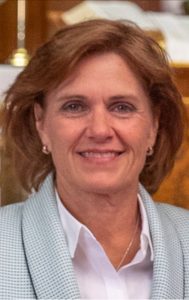 “Being born and raised in the Catholic faith, I respect the tradition of that,” Schmitt said. “I liked the idea of the kids being able to learn about that and have that integrated into their education process. In the public school you do everything you can to avoid all religion.”

At one time she had considered becoming an accountant but decided to go into teaching because it would give her more interaction with people. Schmitt holds a bachelor’s degree in business education from Northern Illinois University, and a master’s degree in counseling and master’s degree and certificate of advanced study in school administration from Illinois State University.

“I really enjoyed the administration part,” she said. “I just enjoyed running things and leading people, hopefully, to improvement in instruction and improvement in the school system in general, doing whatever we can do for the kids and getting them where they need to be.”

As for being a principal during a pandemic, Schmitt said it’s all about having the proper mindset.

“We have to roll with it, we have to follow the guidance we’re given. Is it fun? Is it convenient? Absolutely not,” she told The Catholic Post. “But I just believe in the people that are giving us the guidance.”

Schmitt added that the teachers have been working very hard and deserve a lot of credit.

“Spiritually, I just kind of ask in my prayers that at some point we can get back to normal. My biggest thing is that everybody stays safe, to guide us through and keep everyone as healthy as possible,” she said.

Julie and Dan Schmitt have been married for 35 years and live in Ottawa. They have two sons, one in Virginia and one in California.