As I read “One Long River of Song,” a collection of Brian Doyle’s many essays, I wished I had personally known this man who had a “love affair” with words. In this one book alone, Doyle spews out every emotion imaginable, while writing in a style uniquely his own.

The title is so right, for each essay rolls along like water rippling over the rocks of a mountain spring: bright, bubbly, singing, raging and rushing forward, and filled with life! Doyle plays with the words, as in:  “extraordinary ordinary succinct ancient naked stunning perfect simple ferocious love.” (page 12) As if, “one word won’t do, so here are 10 more.”

His diverse essays on 9-11 (Leap) and on a one-armed doll (Joey’s Doll’s Other Arm) both become, as do all his essays, a forum to speak of love and goodness and the mystery of God.

THE HAND OF GOD IN EVERYTHING

Doyle is an unabashed Catholic, whose writing is a cross between Sacred Scripture, the Catechism, poetry, the ripple of a mountain stream and the hum of a busy, bumble bee.

Brian Doyle sees in everything — the hand of God. Each essay beckons the reader to look more deeply into the mystery of life. Each essay, often based on a simple, everyday occurrence, is viewed like a multi-faceted gem with a plethora of truths to tell.

Brian Doyle was a consummate storyteller who had an ability, a marvelous gift, for turning a word or words into magic. In the essay “His Last Game,” a simple drive to the pharmacy becomes an account of all that is experienced along the way as well as experiences of years past.

A very short and powerful essay called “100th Street” recalls the gratitude and respect we all felt for those who put their lives on the line on 9/11.

A trip to the Post Office in “God Again” is an encounter with God in the guise of the patient Postal Worker behind the counter.

And then there are the few short lines of “Joey” which speak of a loving son putting on his father’s socks during his illness with “The Thing.”

In these often riveting essays Brian Doyle was able to write of family and friends, of nature, of human nature, of things small and insignificant, as well as large and looming. Each essay drew me in and left me feeling full.

Because it is a book of essays, I could read and savor a one-page story, — or linger over a much longer discourse on his children. No matter the length, each essay was on its own, a piece of wisdom, a period of laughter, a sobering thought, a delight to read, an “ah-ha” moment.

Brian Doyle was a relatively unknown author. His style of writing was unique and reflected his love of life, the written word, and his deeply rooted faith. Doyle said he loved to “catch and share” stories. “What could be holier and cooler than that?” he told The Oregonian. “Stories change lives; stories save lives. . . . They crack open hearts, they open minds.”

“One Long River of Song” did that for me. I hope it will do that for you.

Brian Doyle died before “One Long River of Song” was published. He passed away in May of 2017 from brain cancer. The book, a compilation of his many essays, was published in 2019 by his wife, Mary Miller Doyle.

I believe, over time, Brian Doyle’s writing will become more well-known and beloved. It is sad that his gift as a “tinker of words” ended too soon. “One Long River of Song” was my first encounter with the writings of Brian Doyle. It will not be my last.

Other publications by Brian Doyle include: 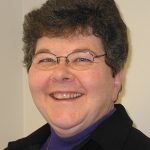 SISTER MARY CORE, OSB, is a member of the Sisters of St. Benedict of St. Mary Monastery in Rock Island. She leads a woman’s book club for St. Maria Goretti Parish, Coal Valley, and Mary, Our Lady of Peace Parish in Orion.