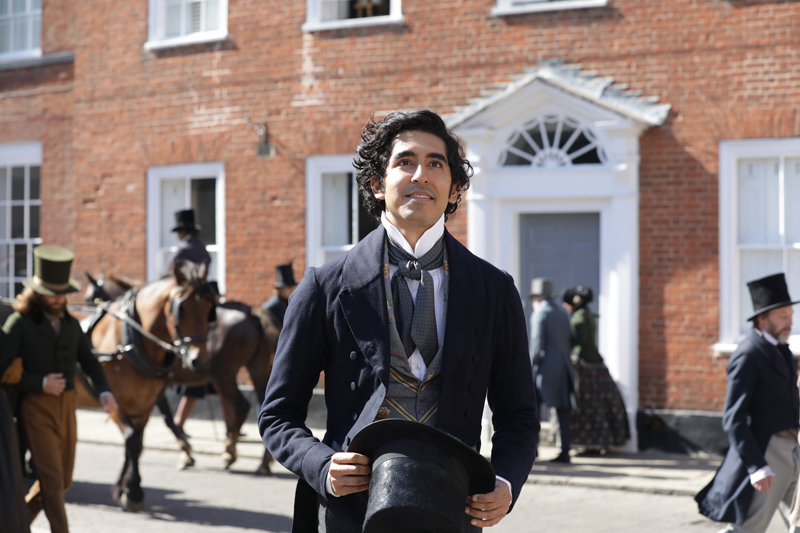 Of the numerous film adaptations of Charles Dickens’ autobiographical 1850 novel, this may rank as the happiest. As directed by Armando Ianucci, who adapted the screenplay with Simon Blackwell, the movie finds Copperfield (Ranveer Jaiswal and Jairaj Varsani as a boy, Dev Patel as a man) facing life’s challenges, which include child labor, rocky romances, financial instability and duplicitous colleagues, with a hero’s grace and the joy of a secular saint.

The large ensemble of characters he encounters on his path to success as a writer vary from the affectionate (Daisy May Cooper and Rosalind Eleazar) and the friendly (Aneurin Barnard) to the eccentric (Morfydd Clark, Peter Capaldi and Tilda Swinton), the unsettled (Hugh Laurie), the inebriated (Benedict Wong) and the malicious (Darren Boyd and Ben Whishaw). Multi-ethnic casting emphasizes the point that stories about human survival and ambition are universal while Dickens’ sense of morality and belief that pure unselfish love and loyalty sustain lives remain unscathed by time.

Mature themes, including mental illness, alcoholism and poverty. The Catholic News Service classification is A-II — adults and adolescents. The Motion Picture Association rating is PG — parental guidance suggested. Some material may not be suitable for children.