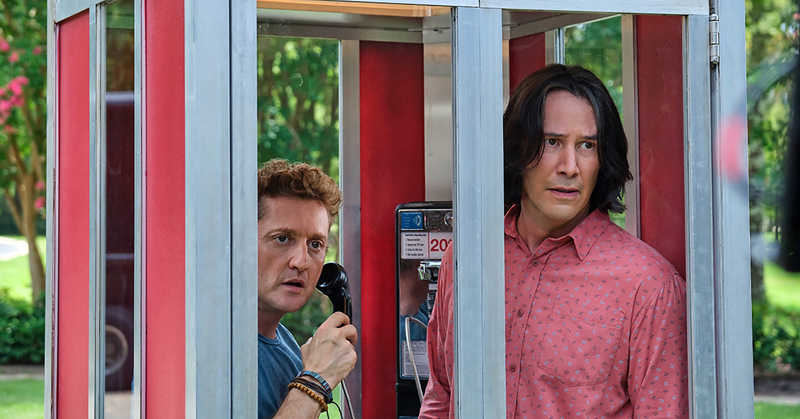 Nearly three decades on from their second teen adventure, the two amiable, time-traveling, now middle-aged knuckleheads of the title (Alex Winter and Keanu Reeves) are frustrated by their ongoing inability to fulfill a prophecy that they would someday write a song that would unite the world. But the stakes involved in their failure to do so are drastically increased when they learn that, unless they complete the ditty before a looming deadline, all time and space will collapse. While they go off to the future in search of a version of themselves who already have the tune in hand, their daughters (Brigette Lundy-Paine and Samara Weaving) go backward in time to provide them with a dream band of famous musicians.

Neither excellent nor bogus, director Dean Parisot’s sci-fi comedy will likely draw smiles and chuckles, if not belly laughs, and its promotion of lasting friendship, familial cooperation and global solidarity is obviously in harmony with Biblical values. Probably acceptable for mature adolescents.

Brief vaguely irreverent humor, a couple of mild oaths, a few crude terms. The Catholic News Service classification is A-III — adults. The Motion Picture Association rating is PG-13 — parents strongly cautioned. Some material may be inappropriate for children under 13.