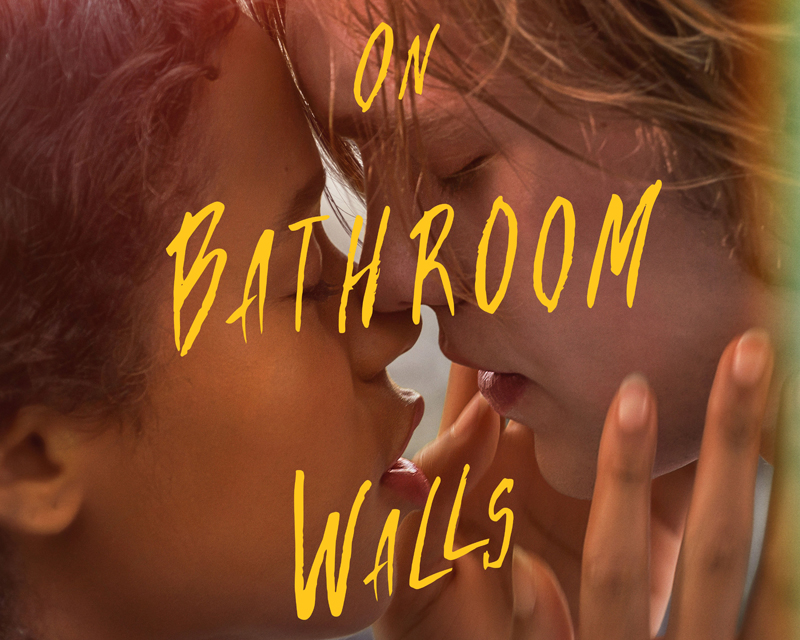 This is a cropped version of the movie poster for "Words on Bathroom Walls." The Catholic News Service classification is A-III -- adults. (CNS/Roadside)

After a psychotic incident injures a fellow student at his public high school, a teen (Charlie Plummer) suffering from schizophrenia transfers to a Catholic academy where he tries to fit in while coping with the effects of his affliction on his relationships with his loving mother (Molly Parker), her apparently hostile live-in boyfriend (Walton Goggins) and a newfound pal (Taylor Russell) he would like to make his girlfriend.

Director Thor Freudenthal’s adaptation of Julia Walton’s 2017 novel poignantly depicts the beleaguered lad’s numerous challenges as he struggles with hallucinations (many involving a trio of imaginary personas played by AnnaSophia Robb, Lobo Sebastian and Devon Bostick), the side effects of an experimental drug and the fundamental fear that he may have no viable future. Viewers of faith will appreciate that, along with mom, a school chaplain (Andy Garcia) provides the film’s moral compass.

The subtle and effective way screenwriter Nick Naveda’s script deals with its difficult central topic may prompt some parents of older adolescents to discount the sprinkling of vulgarity in its dialogue and focus instead on its underlying values and humane sensitivity.

Mature themes, including mental illness, cohabitation, sexual references, at least one use each of profane and rough language, several crude terms. The Catholic News Service classification is A-III — adults. The Motion Picture Association rating is PG-13 — parents strongly cautioned. Some material may be inappropriate for children under 13.