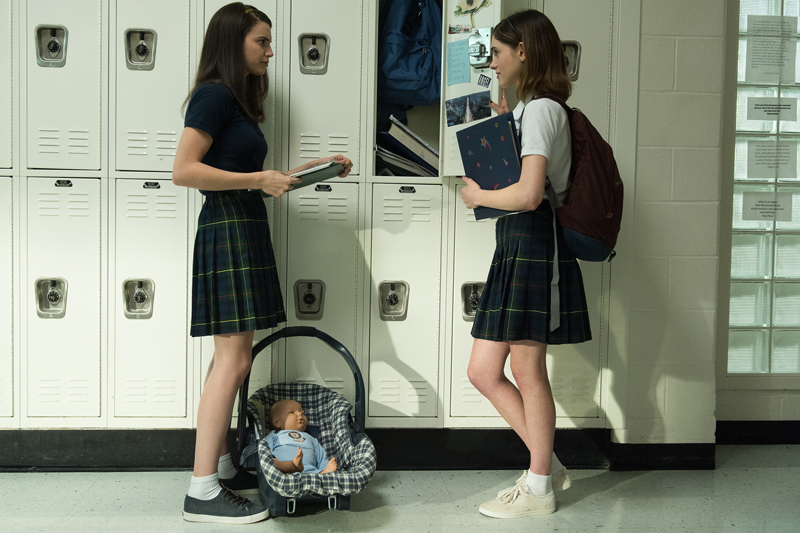 Sexual hypocrisy runs rampant in the early-2000s world of a 16-year-old Catholic schoolgirl (Natalia Dyer) who, so writer-director Karen Maine’s script for this semi-autobiographical drama insists, needs to leave her supposedly repressive religion behind and learn to have fun. Getting her down in the meantime are a priest (Timothy Simons) with a secret, the fellow student (Parker Wierling) with whom she’s falsely rumored to have committed an unnatural act and another peer (Wolfgang Novogratz) with whom she yearns to commit natural ones.

Dyer’s gift for eliciting sympathy and a worthwhile message about the harm done by gossip are entirely overshadowed by the massive chip on Maine’s shoulder and by the moral that the best way to overcome sins of the flesh is to stop calling them sins.