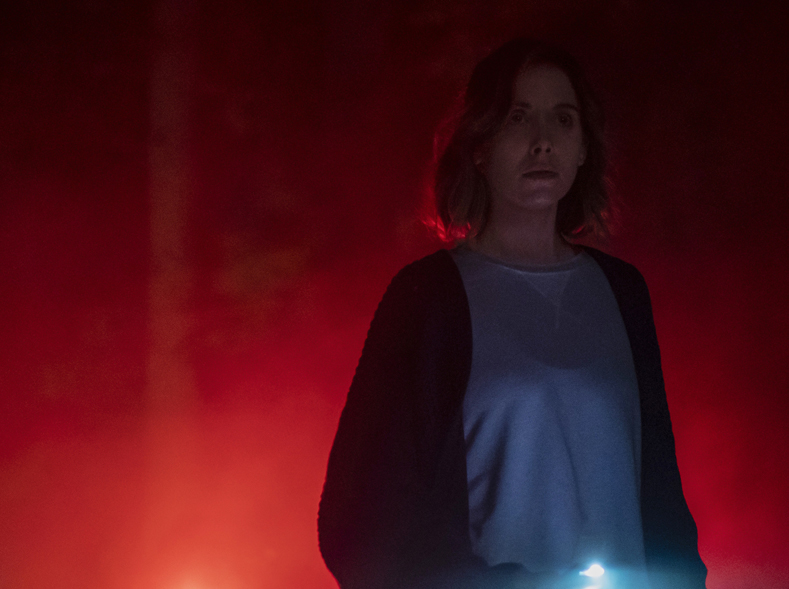 Alison Brie stars in a scene from the movie "The Rental." The Catholic News Service classification is L -- limited adult audience, films whose problematic content many adults would find troubling. (CNS/IFC Films)

Actor Dave Franco’s directorial debut (which he also co-wrote) is a horror movie long on tension but short on logic or resolution.

Two brothers, one (Dan Stevens) traveling with his wife (Alison Brie), the other (Jeremy Allen White) accompanied by his live-in girlfriend (Sheila Vand), rent a luxurious house in the Pacific Northwest for a weekend. But they find their getaway blighted by the presence of the property’s manager (Toby Huss), who turns out to be both bigoted and creepy.

A cautionary tale about the kind of vacation enabled by websites like Airbnb and about hi-tech surveillance, the film features unsympathetic characters in initially hostile and ultimately horrifying circumstances. Though it shows how moral transgressions can entrap those who perpetrate them, it ultimately fails to make much of an impression.