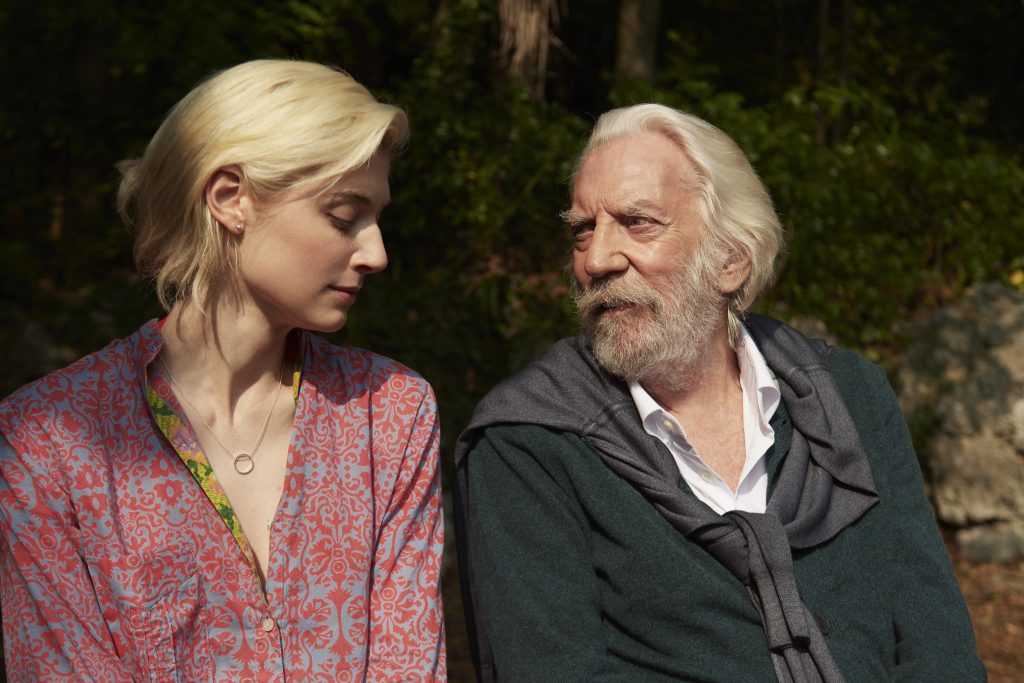 Literate but mannered suspense drama, set in Northern Italy where a high-powered art dealer (Mick Jagger) gives a shady critic (Claes Bang) the opportunity for a world-class scoop when he offers him the chance to interview a famously reclusive painter (Donald Sutherland). But he also blackmails the writer into stealing one of the master’s much-coveted works in the process. Aware of her partner’s apparent good fortune but in the dark about his peril is the scribe’s newly acquired live-in girlfriend (Elizabeth Debicki).

Sutherland is in clover as a courtly eccentric as, too, is Jagger playing the embodiment of aggressive decadence while cinematographer David Ungaro capitalizes on the foggy loveliness of Lake Como. Yet, in adapting Charles Willeford’s 1971 novel, director Giuseppe Capotondi and screenwriter Scott B. Smith play with the supposedly blurred boarders between truth and illusion without providing viewers with any definite insight. They also establish the bond between the central couple partly by lingering in the bedroom they share within hours of their first meeting.