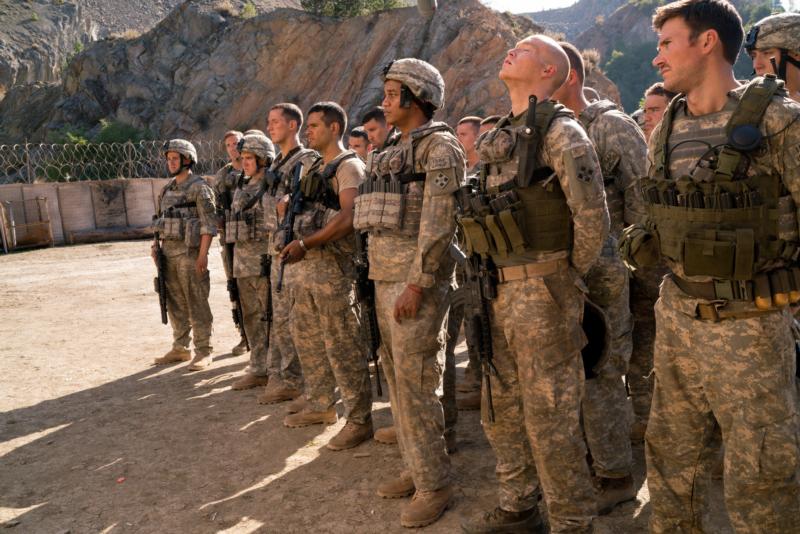 This is a scene from the movie "The Outpost." The Catholic News Service classification is A-III -- adults. (CNS/Screen Media Films)

A commendable sensitivity to both the inanities and the unrelenting raw horror of combat as well as careful attention to the emotional lives and steadfast valor of soldiers make this drama a contender for the status of a classic war film.

Working from a screenplay adapted by Paul Tamasy and Eric Johnson from the 2012 book by CNN correspondent Jake Tapper, director Rod Lurie is particularly adept at limning tiny, telling non-sequitur conversations in this account of the Battle of Kamdesh in Afghanistan on Oct. 3, 2009, when 300 Taliban fighters overran the remote Combat Outpost Keating, at which 53 Americans were based. Though the verisimilitude here extends to language, making this unfit viewing for youngsters, the focus remains on the interdependence that has all the imperiled (most prominently Scott Eastwood, Caleb Landry Jones and Orlando Bloom) looking after one another like brothers. Their camaraderie provides an elegant form of inspiration that doesn’t require speeches or flag-waving.