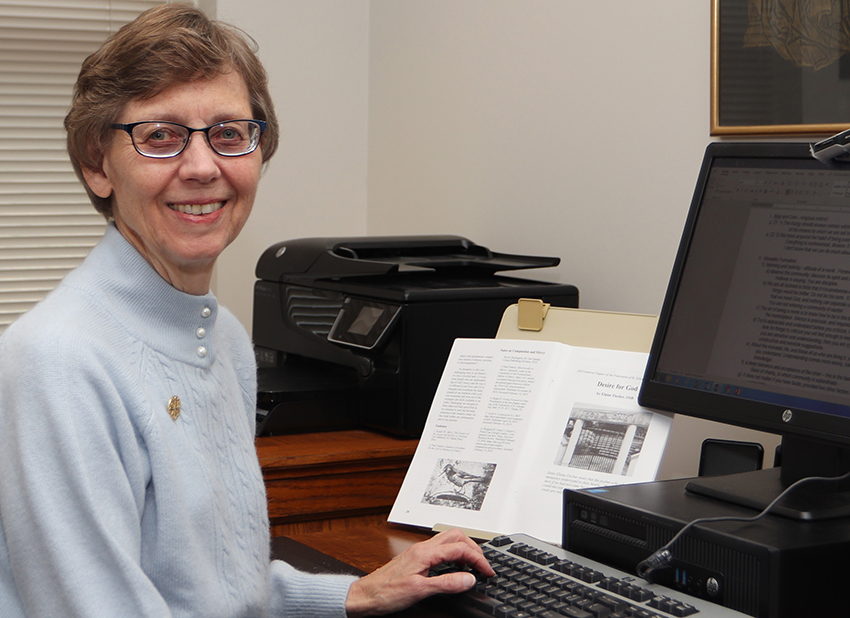 Sister Susan Hutchens, OSB, the newly elected prioress of St. Mary Monastery in Rock Island, is a former teacher who has served the Benedictine community as treasurer and was president of the Federation of St. Benedict from 2009 to 2015. (Provided photo)

Sister Kerry O’Reilly, OSB, president of the Federation of St. Benedict, was present to certify the election and then installed Sister Susan during a Mass at the monastery on June 15. Abbot Philip Davey, OSB, of St. Bede Abbey in Peru presided at the liturgy.

In the next few weeks Sister Susan will choose the team that will work with her to guide the community, which was founded 145 years ago. 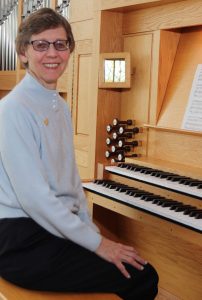 Sister Susan is the longtime organist at St. Mary Monastery in Rock Island and has also helped with liturgy planning. (Provided photo)

Determining the vision for the next four years isn’t up to the prioress alone, Sister Susan told The Catholic Post.

“The vision will come forth from the voices of the whole community working together,” she explained during a phone call shortly after her installation.

“My only vision really and my hope is that whatever it looks like externally, we’re always going to be a community of joyful, hope-filled women who are faithful to God and our monastic way of life,” Sister Susan said. “We’ll go forward with courage knowing that Christ is always with us and among us.”

That joy is what drew Sister Susan to the Sisters of St. Benedict as a child growing up in Munster, Indiana. The Benedictines staffed her school, St. Thomas More, from its founding.

“What I loved most was their ability to enjoy life and have fun — not that they went out and did things to have fun. They just enjoyed one another,” she said, adding that she loved their prayer life, too.

Even though she had started thinking about consecrated life at 7, the thought faded by the time she went to Saint Mary-of-the Woods College to earn a bachelor’s degree in math with a minor in secondary education. After graduation she returned to her alma mater to teach fifth and sixth grade math and got reacquainted with the Benedictines.

Halfway through her fourth year at St. Thomas More, she moved from her parents’ house to live with the Benedictines and entered the community at the end of 1973. She would make her first profession in 1975 and her final profession in 1978.

Along the way, Sister Susan earned a master’s degree in theology from Saint John’s University in Collegeville, Minnesota.

She taught at St. Mary’s Academy in Nauvoo from 1976 to 1983 and Bergan High School in Peoria from 1983 to 1988, but this time the subject was religion, not math. She would also serve as academic dean for two years and interim principal for a short time after the death of Robert Cleary in 1987.

In 1988, Sister Susan was called home to St. Mary Monastery to be the treasurer. She prepared by studying finance for two summers at the University of Notre Dame.

“I always thought I’d love to study finance, but back in the 60s I figured the more likely job I’d get would be in teaching,” she told The Post. “So I didn’t do finance, but I loved it.”

A PLACE OF PEACE

Over the years, Sister Susan has used her skills in math and finance to help other religious communities, too. 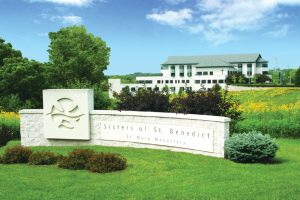 Within her own community, Sister Susan has been on the Monastic Council, the Finance Board, and the Vocation/Formation Committee. When the Benedictine community relocated from Nauvoo to Rock Island, she managed the finances and was a member of the planning committee for the chapel.

The longtime monastery organist has also helped with liturgy planning.

As the Benedictine community moves into the next phase of its history, the Sisters will continue to develop initiatives to make the monastery, Benet House Retreat Center and the monastery grounds a place of peace. Sister Susan said that includes prayer for world and local concerns, such as those affected by the COVID-19 pandemic and peace in the wake of the death of George Floyd.

While the Sisters pray the liturgy of the hours three times a day, they have gone without daily Mass just like everyone else due to the pandemic.

“We’ve been locked up for three months now,” Sister Susan said. “We have to take a look at how we’re going to unlock the door.”