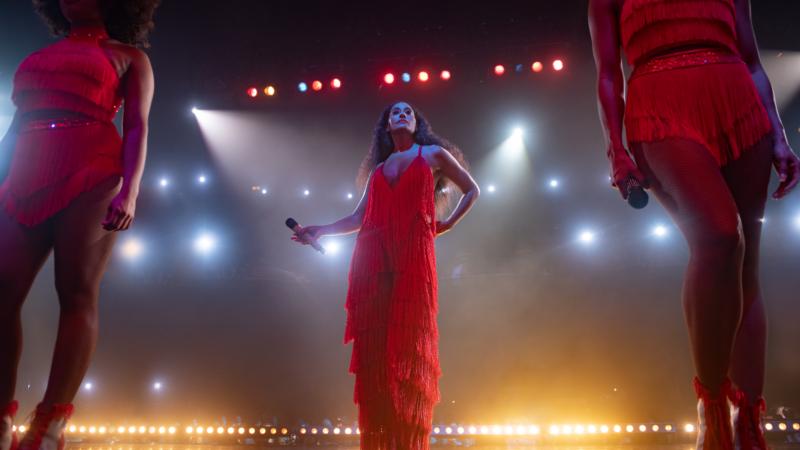 Tracee Ellis Ross stars in a scene from the movie "The High Note." The Catholic News Service classification of the theatrical version is A-III -- adults. (CNS/Focus Features)

An aspiring music producer (Dakota Johnson) finds herself caught between the demands of her day job working as a personal assistant to a famous rock star (Tracee Ellis Ross) and her desire to nurture the career of the promising singer-songwriter (Kelvin Harrison Jr.) with whom she also becomes involved romantically.

Glossy and generally upbeat, director Nisha Ganatra’s blend of comedy and drama, penned by Flora Greeson, supplies an ensemble of appealing characters around its perky heroine and, though it follows a well-traveled arc, does so smoothly and with satisfying results. The fact that the main couple’s bedding down together is taken for granted, together with a large dose of coarse dialogue, flags this as grown-up fare.

A couple of premarital bedroom scenes, a few profanities, several milder oaths, at least one rough and many crude and crass terms. The Catholic News Service classification is A-III — adults. The Motion Picture Association rating is PG-13 — parents strongly cautioned. Some material may be inappropriate for children under 13.