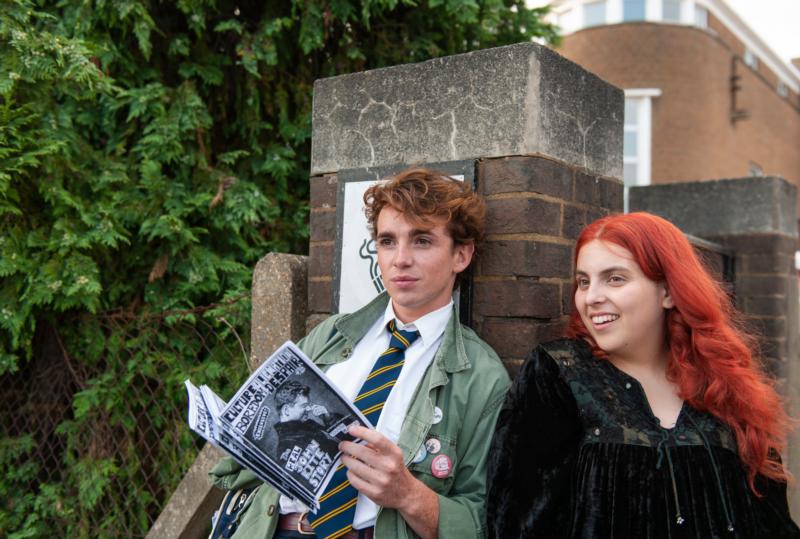 Beanie Feldstein, right, stars in a scene from the movie "How to Build a Girl." The Catholic News Service classification is O -- morally offensive. (CNS/IFC)

There’s a tension within this coming-of-age comedy, set in Northern England, between the generally upbeat personality of its precocious 16-year-old protagonist (Beanie Feldstein) and the seaminess of some of the mistakes to which she falls prey on her path to maturity.

Smart but socially awkward, she relies heavily on her close-knit relationship with her gay brother (Laurie Kynaston) as she yearns to be thought of as cool. She gets a seemingly unlikely opportunity to remake her image when she’s hired as a freelance critic by a pop music magazine. But the poisonous spirit of the staff, with one of whom (Frank Dillane) she starts an affair, turns her toxic and threatens her friendship with the sensitive older singer (Alfie Allen) she would like to make her boyfriend.

Based on Caitlin Moran semi-autobiographical 2014 novel, director Coky Giedroyc’s film is rife with the vulgarity it portrays as characteristic of its working-class milieu and sees its heroine pass through a promiscuity phase that’s depicted both too explicitly and too flippantly.