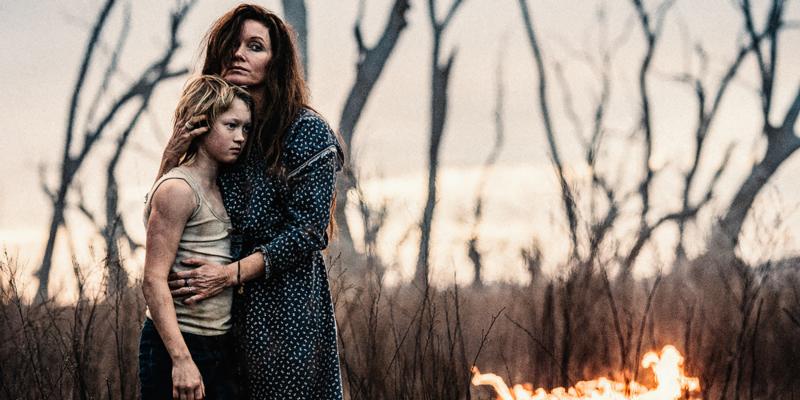 Essie Davis and Orlando Schwerdt star in a scene from the movie "True History of the Kelly Gang." The Catholic News Service classification is O -- morally offensive. (CNS/courtesy IFC Films)

Brutal reimagining of the life and legacy of Australia’s famous 19th-century outlaw, Ned Kelly, played in childhood by Orlando Schwerdt and as an adult by George MacKay. In adapting Peter Carey’s 2000 novel, screenwriter Shaun Grant and director Justin Kurzel trace the bush ranger’s volatile relationship with his fierce mother (Essie Davis), his apprenticeship with a kindly seeming but savage thief (Russell Crowe), his persecution by a pathological police officer (Nicholas Hoult) and his romance with a prostitute (Thomasin McKenzie).

The view of human nature presented by this bold, relentlessly disturbing film is, with the exception of McKenzie’s character — a loving albeit out-of-wedlock mom — so universally degraded that virtue is nowhere to be found, only an endless cycle of oppression and the revenge it provokes.