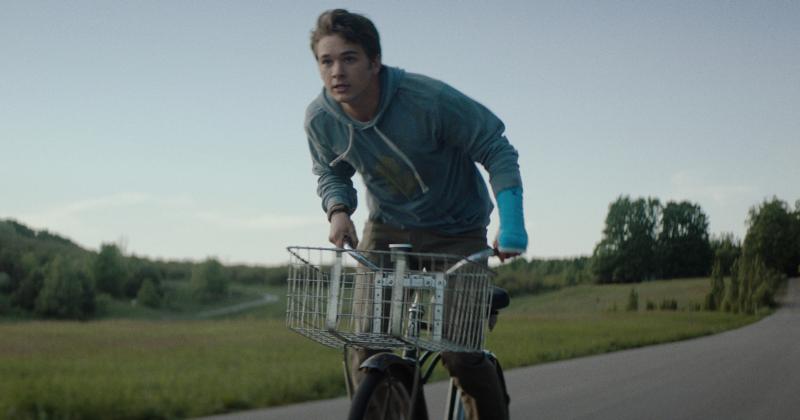 John-Paul Howard stars in a scene from the movie "The Wretched." The Catholic News Service classification is A-III -- adults. (CNS/courtesy IFC Midnight)

After a witch who preys on children takes possession of the wife and mother (Zarah Mahler) next door, endangering her little boy (Blane Crockarell), a teen (John-Paul Howard) who has just moved in with his father (Jamison Jones) as his parents prepare to divorce struggles to combat the evil sorceress, aided by the co-worker (Piper Curda) with whom he’s smitten.

Writers, directors and brothers Brett and Drew T. Pierce blend nostalgic notes from 1980s adolescent-aimed comedies into their middling horror tale and mostly go light on the bloodletting until its somewhat grisly climax. Along with the violence, there’s more than a hint of collateral voyeurism as the protagonist spies on his neighbors, making this, at best, questionable fare for his real-life contemporaries.

Occult themes, much horror mayhem with momentary but intense gore and gruesome images, underage drinking, rear and partial upper female nudity, a couple of profanities, about a half-dozen rough terms, considerable crude and crass language, an obscene gesture. The Catholic News Service classification is A-III — adults. Not rated by the Motion Picture Association.