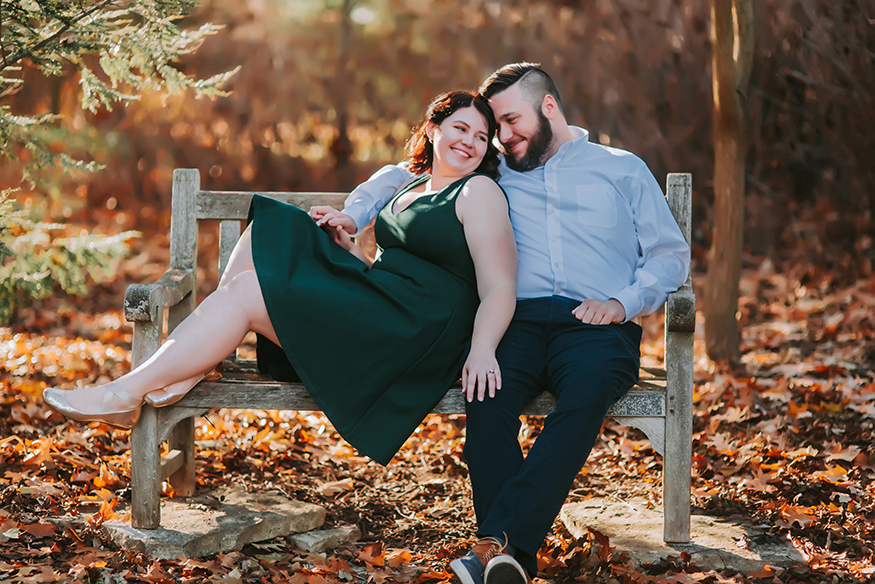 The May 30 wedding plans of Sam Vohsen and Teresa Schneider, shown in an engagement photo, have been altered by the COVID-19 pandemic. Only 10 will be in attendance when they exchange vows that day at St. Patrick Church in Washington. The couple plans a Mass of Thanksgiving next March during which they will renew those vows before family and friends, with a reception to follow." (Provided photo/Katelyn Turner Photography)

WASHINGTON — As May began, members of the Marvin and Mary Grace Schneider family of St. Patrick Parish here were praying a novena to Mary, Undoer of Knots.

“For obvious reasons,” says Grace. “It’s challenging to go through all this.”

In ordinary times, this family’s experiences in a five-week period would produce a rollercoaster of emotions. But in this historic spring of 2020, the coronavirus is dramatically altering everyone’s ride through life.

Consider these days through the eyes of the Schneiders’ daughter, Teresa. 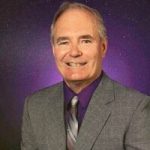 On April 22, her grandfather (Marvin’s father, Robert H. Schneider) died in Nebraska. Though the family is very devout, there was no funeral Mass and it was anticipated that because of COVID-19 restrictions only 10 people would be allowed at the cemetery service. So Teresa mourned from her parents’ home.

But Teresa should have been in Rolla, Missouri, finishing her senior year of college studies in ceramic engineering at Missouri S & T and preparing to give a talk at next weekend’s commencement ceremonies. Those ceremonies have, like graduation events around the country, been postponed .

Oh, and did we mention Teresa is getting married on May 30?

She and her fiancé, Sam Vohsen, have been planning the big event since becoming engaged on March 27, 2019. The myriad details had fallen into place. Teresa’s younger sister, Anna, would be maid of honor. Teresa would have four bridesmaids and an honor attendant. Sam’s brother, Jacob, would be the best man and one of four groomsmen.

Vendors were lined up to assist with a day of celebration highlighted by the wedding Mass at St. Mark Church in Peoria and concluding with a fun-filled reception at The Waterhouse in downtown Peoria.

“We were so excited to celebrate our wedding with friends and family,” Teresa told The Catholic Post. “Due to COVID-19, our wedding plans were shaken.”

The couple will still exchange marriage vows before Father Johnathan Steffen, pastor of St. Patrick Parish. But the brief ceremony will now be at St. Patrick Church with only 10 in attendance — the bride, groom, pastor, maid of honor, best man, their parents and a photographer.

“A wedding is a day, a marriage is forever.”

But the couple’s perspective on the disappointment is shaped by a most important preparation for marriage they undertook during their engagement period — attending a church-sponsored Engaged Encounter Weekend in St. Louis.

“It was a formative experience for each of us, our relationship with each other, and our relationship with God,” said Teresa. One line, repeated by speakers constantly through the weekend almost to the point of irritation, has become “a mantra of hope and faith for us,” she added. That line?

“A wedding is a day, a marriage is forever.”

“ONE FOR THE RECORD BOOKS”

“It means so much more to us now,” said Teresa, who said she and Sam have prayed about the phrase and it has transformed the way they look at marriage in Christ, and each other.

“After much grief over a dream that changed so quickly,” she said, “we both realized that even though we were losing our wedding (in a way), we were gaining something much more valuable — a spouse.”

Teresa and Sam, who met in college and will live in Kansas City, have already begun making plans for a Mass of Thanksgiving, vow renewal, and reception at St. Mark Church in Peoria on March 27, 2021 — two years after their engagement. They will have a “marriage day” on May 30 and a “wedding day” on March 27.

“After much grief over a dream that changed so quickly, we both realized that even though we were losing our wedding (in a way), we were gaining something much more valuable — a spouse.” — Teresa Schneider

“Everything will look like a wedding Mass,” said the mother of the bride. “She’ll eventually have the dream of walking down the aisle, but not right now.”

Grace Schneider said plans are in the works to make the marriage day as special as possible, including a parade of cars outside church and around the Washington town square. But she admits there have been tears.

“It’s hard because this year was a culmination of all of her life so far,” said Grace, noting the college graduation and wedding.

These are hard times for so many. And not being able to take sorrows and joys to Mass — “your source of faith and comfort,” said Grace — may be the most difficult part.

“This has been one for the record books,” she said.

So many knots to undo. And so the novena continues.

RELATED STORY: The death of a loved one during pandemic can leave grieving families feeling like they are “in limbo”