Paul Moore column: Being away from homeland when tragedy happens 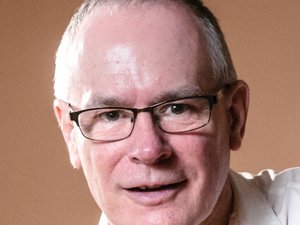 (EDITOR’S NOTE: Following is the unedited version of the “In My Father’s House” column by Paul Thomas Moore that appeared in the May 10, 2020, edition of The Catholic Post.)

Most of the time, when writing this column, I approach the blank page with a sense of anticipatory curiosity — as a traveler might approach the open road: where does God want to take me this time? But today I’m not so sure I want to follow.

I dread glimpsing the “Heart of Darkness,” as Joseph Conrad described it in his novel of the same name. This particular darkness of dread isn’t the one Conrad wrote of in 1899, or the one depicted when Francis Ford Coppola reset the story in Vietnam as Apocalypse Now in 1979. This apocalypse morphed from existential fiction into headline horror in recent days, and in a place I know well.

I’m talking about the mass theft of human life that took place in Nova Scotia, Canada on the weekend after Easter. In a cruel stroke of poetic injustice, it was also Divine Mercy weekend.

Twenty-three are dead, including the gunman and RCMP Constable Heidi Stevenson, who left a husband and two children.

The killing spree evaded earlier stopping in part because Gabriel Wortman, a denturist, was wearing an RCMP uniform, and driving a mock-up of an RCMP cruiser.

I won’t go into the CSI-type details of each individual murder, but basically, he burned down houses and shot people on their lawns, in their cars, and some out for a Sunday walk. He blazed a trail of gory (not glory) for 12 hours, and was finally shot and killed himself by police near the province’s capital city of Halifax.

The path of death and destruction began in Portapique, a beachfront community along the shores of Nova Scotia’s Minas Basin, which would much rather be known for hosting a view of the highest tides in the world than as the starting point for the worst mass shooting in Canadian history.

That last clause seems so unlikely, one I could never have in a million years have imagined writing. Nova Scotia is my homeland. I was born in Halifax, and lived most of my life in the area. In 2000, I married an Illinois woman who then immigrated to Halifax. In 2018, I returned the favor, retiring and moving to her childhood home in Metamora, Illinois.

Nova Scotia is my homeland. . . .  don’t personally know any of the people whose lives were stolen, but in such a not-so-small, not-so-large place, sometimes six degrees of separation becomes three.

Nova Scotia is not a small place, but it’s not a large one, either (population 971,395: Statistics Canada). I don’t personally know any of the people whose lives were stolen, but in such a not-so-small, not-so-large place, sometimes six degrees of separation becomes three.

Before I retired, we were living across the harbor from Halifax in Dartmouth, and each morning, I’d take the bus down to the ferry terminal to catch the boat going over. One of the last bus stops before the harbor was beside an otherwise neat-looking little building — except for a rather hokey set of outsized dentures smiling out garishly from the corner of the structure facing the bus stop.

Turns out I was looking at the Atlantic Denture Clinic — owner: Gabriel Wortman. As a matter of fact, in hindsight, my wife thinks her partial dental plate might have been fabricated there (and possibly even by him), as our long-time dentist’s practice is just down the street.

Was I thinking of escaping gun violence in Nova Scotia when I moved to the U.S.? I guess that’s an easy irony. But really, the lesson of this to me is that it could happen anywhere.

That’s where we are now in 21st century society — now that there is no protection in any particular place, no sense in senselessness, no sane rationale for premeditated insanity.

On a practical level, we can make a commitment not to turn a blind eye to corrosive anger in ourselves and others, to seek or suggest counselling—and if we know something that sets off alarm bells, to alert authorities. Clearly, private pain is a poison that if ignored, can be fatally explosive.

GLIMMERS OF HOPE, GOD WITH US

On a spiritual level, Father Paul Morris, Pastor of St. Mary’s Basilica in Halifax, offered this in his online Mass homily following the deadly weekend, “One of the greatest gifts we have…is a kind of assuredness, which is not arrogance, an assuredness that God is with us…in the midst of this….”

Tom Bagley provided an example of God’s Love being with us “in the midst of this.” He was a veteran, a retired firefighter and a member of the Knights of Columbus. He was shot coming to the aid of neighbors whose home had been set on fire. 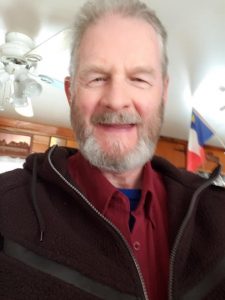 “No one has greater love than this…” John 15:13 (Photo of Tom Bagley by Charlene Bagley. Used with permission.)

In his life of service and heroic death, Tom epitomized the Knights motto, originally developed in response to COVID-19: “Leave No Neighbor Behind.”

Supreme Knight Carl Anderson saluted his brother Knight: “. . . Tom Bagley lived his life according to the admonition of St. Paul, “Do not be overcome by evil; but overcome evil with good” (Romans 12:21).

Because people are still good. One of my former workmates relates that on Saturday the 18th, on the same highway where Gabriel Wortman would later pose as a policeman and pull a car over and shoot the occupants, she blew a tire. She waited for a stranger to stop and help her. Before too long, someone did.

Here in Metamora, Illinois, far from the madness that temporarily reigned on that terrifying weekend, and the sadness that has reigned since, we nonetheless mourn in solidarity. Blessed as my wife Marilou and I are to be building a life together here, it’s one thing to be away from the land of my birth when good things happen, but even harder when awful things happen.

As well, in this time of “the new abnormal” with COVID-19, we appreciate how difficult it must be for our Nova Scotia friends and family to console one another without the comfort and reassurance of physical proximity. 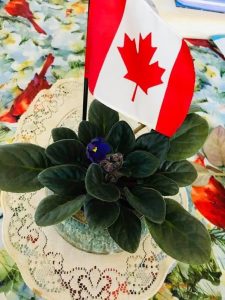 A glimmer of hope today, as we stand in solidarity with our fellow Nova Scotians who are grieving the loss of so many innocent lives. #African violet blooms for the first time.

For all we grumble about them, social media are perhaps finally earning their societal keep. With that in mind, two days after the tragedy, after noticing that her African violet had suddenly bloomed out of the blue (or out of the purple), Marilou posted a photo of the plant on our Facebook page. She references “a glimmer of hope” in her photo caption. That’s all it takes to pierce the heart of darkness.

Paul Thomas Moore is a Catholic commentator and singer-songwriter. He and wife Marilou attend St. Mary of Lourdes in Germantown Hills, Illinois. Write to him at paulthomasmoore@hotmail.com .