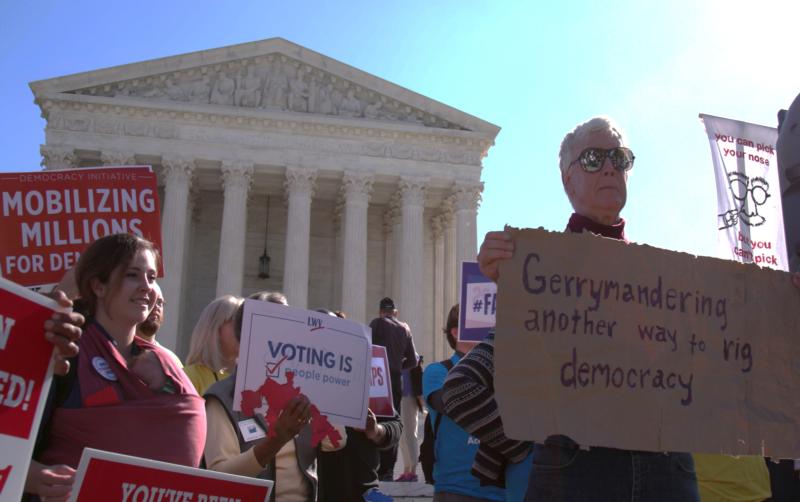 This is a scene from the movie "Slay The Dragon." The Catholic News Service classification is A-III -- adults. (CNS/Magnolia Pictures)

Well-crafted but distinctly partisan documentary examining the impact of gerrymandering on American politics.

Filmmakers Barak Goodman and Chris Durrance use the struggle of a Michigan group called Voters Not Politicians, founded by political novice Katie Fahey, to end the practice in that state as the starting point for a wide-ranging exploration of the history and current status of the activity, with particular focus on North Carolina and Wisconsin.  While they make the case that representatives assured of reelection are likely to be more radical, less cooperative across party lines and less responsive to constituents, their view that the fault for abusive redistricting lies predominantly with Republicans will not sit well with conservative viewers.

Possibly acceptable for mature adolescents, a fleeting barrage of vulgar language notwithstanding. About a half-dozen rough terms, two images of the F-word in print but with ellipses, a couple of crude expressions, a mild oath. The Catholic News Service classification is A-III — adults. The Motion Picture Association rating is PG-13 — parents strongly cautioned. Some material may be inappropriate for children under 13. (slaythedragonfilm.com/watch-at-home/)