Latest updates on coronavirus-related cancellations in the Diocese of Peoria 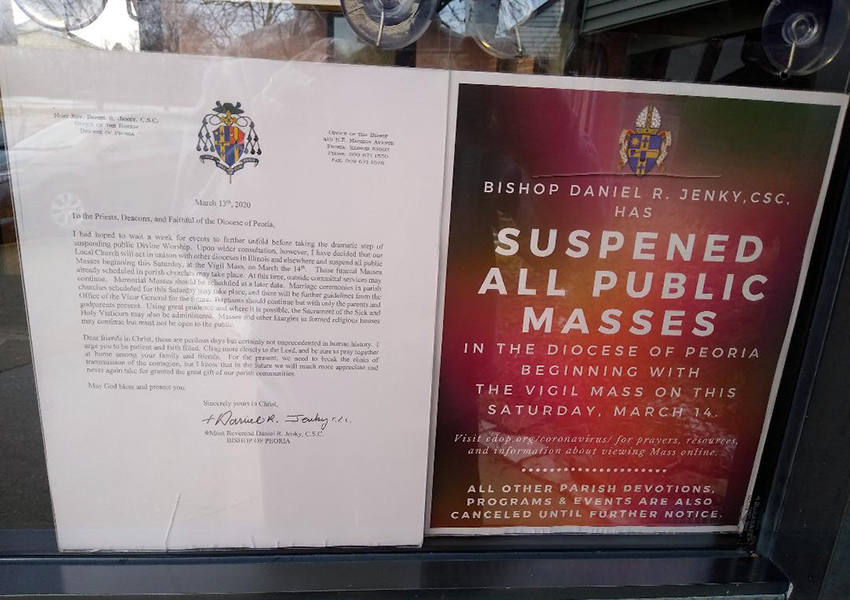 A sign on a church door in Peoria tells of the suspension of public Masses and all parish activities as a coronavirus precaution. (The Catholic Post/Tom Dermody)

The response to the COVID-19 pandemic is a fast-breaking story around the globe, nation, and now in the Diocese of Peoria. This site, along with The Catholic Post’s Facebook page, will be a source for latest developments affecting Catholic life and events in our diocese. We invite parishes and schools to make cancellations known to our newsroom by calling 1-800-340-5630 or via email at cathpost@cdop.org.

Following is list of cancellations received through Saturday, March 14. Watch for further updates.

STATIONS OF THE CROSS