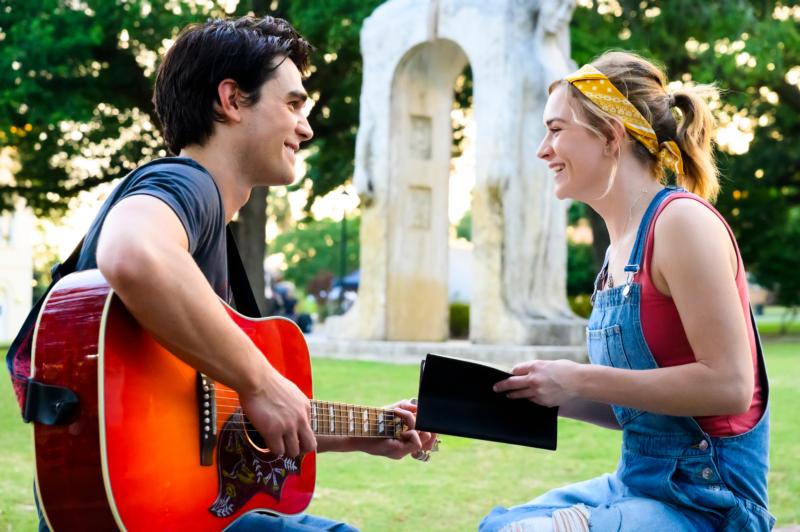 KJ Apa and Britt Robertson star in a scene from the movie "I Still Believe." The Catholic News Service classification is A-III -- adults. (CNS/Lionsgate)

Fact-based romantic drama tells the love story of future Christian music star Jeremy Camp (KJ Apa) and the fellow college student (Britt Robertson) for whom he fell at first sight. Their relationship is initially hindered by the fact that his friend and professional mentor, an already established singer (Nathan Dean), also loves the young lady. But a much greater challenge arises later when she is diagnosed with cancer.

Directors and brothers Jon and Andrew Erwin’s winning film, which the former co-wrote with Jon Gunn, also features Gary Sinise and Shania Twain as Camp’s parents. In keeping with the song and book from which the movie takes its title, nondenominational affirmations of faith permeate the ups and downs of the tale as well as the musical interludes by which it’s paced, making this congenial fare for Christians of various stripes while the absence of objectionable elements renders it suitable for all but the youngest moviegoers.

Mature themes, brief medical gore, a couple of marital bedroom scenes. The Catholic News Service classification is A-II — adults and adolescents. The Motion Picture Association rating is PG — parental guidance suggested. Some material may not be suitable for children.