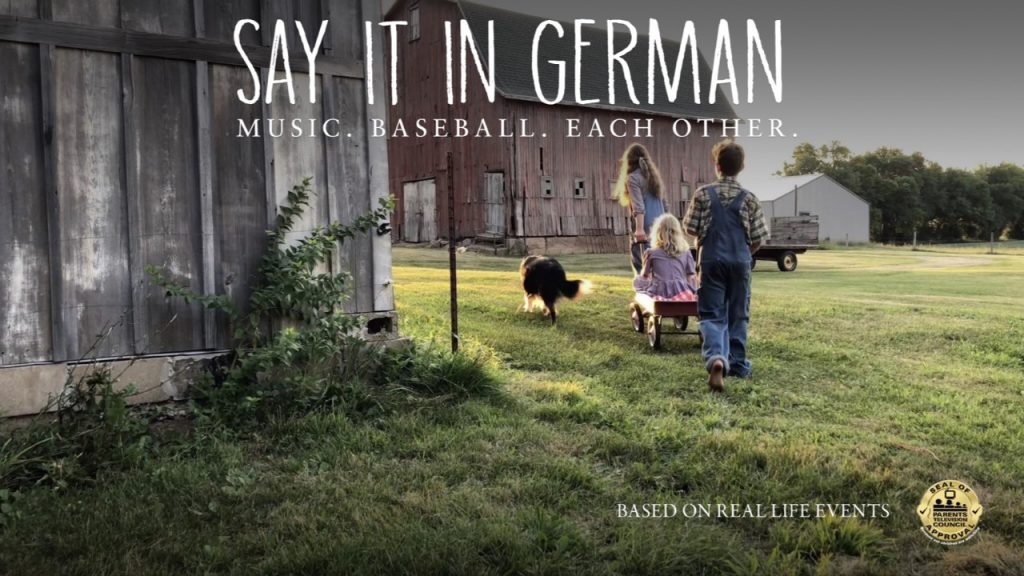 A promotional poster for "Say It in German," a feature-length movie about a Catholic family in central Illinois during World War II that is set to be filmed in the Peoria area this summer.

Roles for adults and youth are being cast for “Say It in German,” a feature-length movie which will be filmed in the Peoria area and surrounding communities this summer. Select speaking roles are available, those not chosen may be considered as extras.

Casting is being done by Chicago-based Compass Casting. Submissions must be made online by the end of the day on Friday, March 6. Instructions can be found at compasscasting.com/castings.

“Say It in German” (formerly titled “Real Prayers Are Said in German”) is based on true events involving a Catholic family in central Illinois during World War II. It will be distributed by NBC Universal.

The project is being produced by Peoria native Ann Hagemann, an actress and producer who is a graduate of the former Academy of Our Lady/Spalding Institute in Peoria; Stephen Ruminiski, and Joan Tankersley. A local Catholic school is reportedly being considered as a staging location.

“Peoria was selected because we have an amazing pool of acting talent here and in the surrounding areas, in addition to the fact that these events really took place in the Peoria area,” Hagemann said. “A few lucky and talented performing artists will be acting in a real movie. But there will be many opportunities for local individuals and businesses to participate in this fun venture.”