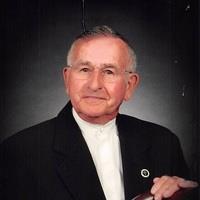 LAKE WALES, Florida — A funeral Mass was celebrated at St. Joseph Church here on Feb. 20 for Deacon Dr. Eugene John Landry, a former permanent deacon of the Diocese of Peoria who served at Sacred Heart Parish in Moline from 1979 to 2000.

Deacon Landry, a retired podiatric surgeon who was a member of the Diocese of Peoria’s second class of permanent deacons, died in Florida on Feb. 17, 2020. He was 94.

A former U.S. Air Force chaplain, Deacon Landry was active in many organizations including the Library Board of Moline, which he served as president. He was also a member of the Knights of Columbus, the Catholic Foresters, the American Legion, the American Medical Association, Rotary International, Kiwanis and the Elk’s Club.

He served as a deacon at St. Joseph’s Church in Lake Wales after moving to Florida in 2000.

Deacon Landry was preceded in death by his wife, Dorothy Landry, in 2011. Survivors include his children, Dr. Michelle (Troy) Palmer, of California, Dr. John M. (Margie) Landry and Tim Landry, both of Florida; and two grandchildren, Dr. Marissa Palmer and John Carlos Landry.

Interment with full military honors was at Florida National Cemetery.