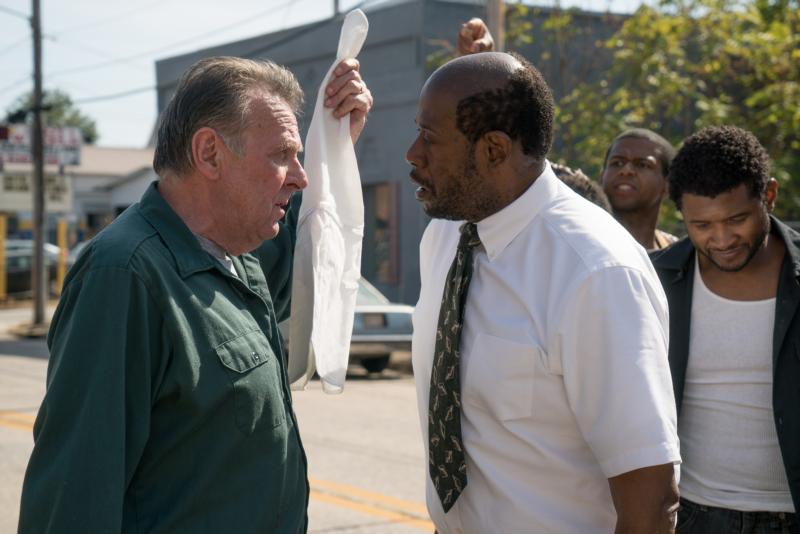 Uplifting fact-based conversion story in which a veteran Ku Klux Klan member (Garrett Hedlund) falls for a more enlightened single mother (Andrea Riseborough) who eventually demands that he choose between his racist pals and his relationship with her. As he struggles with the consequences of renouncing his allegiance to the local Klan leader (Tom Wilkinson), whom he has long regarded as a father figure, he comes under the healing influence of an African American minister (Forest Whitaker).

Writer-director Andrew Heckler’s drama is rich in such Gospel values as repentance, forgiveness, hope and the rejection of violence. Though strictly for grown-ups who can tolerate foul dialogue, including nasty epithets, it’s ultimately an inspiring reminder of the power of long-suffering, courageous, charitable love.

Scenes of stylized violence, including beatings, cohabitation, a scatological incident, about a half-dozen profanities, a couple of milder oaths, constant rough and much crude and crass language. The Catholic News Service classification is A-III — adults. The Motion Picture Association rating is R — restricted. Under 17 requires accompanying parent or adult guardian.