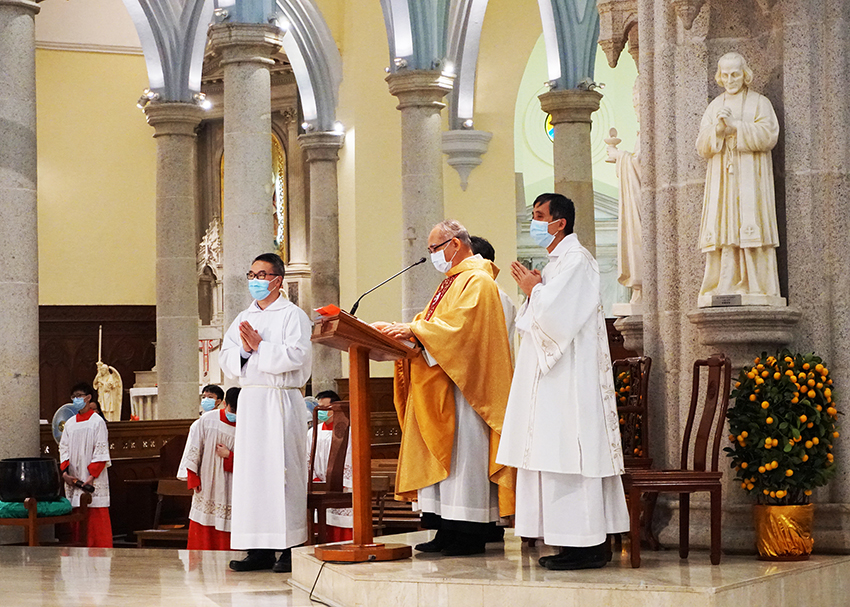 Catholics celebrate Mass at Hong Kong's Catholic Cathedral with protective masks on Feb. 2. The threat of spreading the coronavirus has forced Catholic officials in Hong Kong to suspend all public Masses on Sundays and weekdays from Feb. 15 to Feb. 28. (CNS Photo/Francis Wong)

WASHINGTON (CNS) — The coronavirus has the world’s attention.

The disease, which surfaced in China last year, has infected more than 64,000 people and killed at least 1,383 by mid-February. It has spread to 24 countries and been labeled a global health emergency by the World Health Organization. 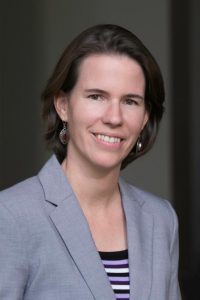 She said she and other CRS officials are monitoring the situation on a daily basis to see where new cases are showing up and would be willing to adjust programming so that staff members are not in contact with the deadly virus.

“We are tracking the outbreak closely,” she told Catholic News Service Feb. 14 from her Washington office.

CRS, the U.S. bishops’ overseas relief and development agency, has programs across Asia but no staff members in China. They have a regional office in Cambodia.

For now, the agency is encouraging employees to be vigilant about hand-washing and to monitor their own symptoms, particularly if they have been near anyone exhibiting signs of the virus.

CRS also has urged its employees in Asia to wear protective masks or clothing if they wish and also not to go to that region if they don’t want to. “We encourage our staff to feel safe,” she said.

In a joint statement issued Feb. 18, three U.S. Catholic leaders expressed solidarity and prayers “for those impacted or working to treat those infected by the disease.” Signing the statement were Bishop David J. Malloy of Rockford, Illinois, chairman of the U.S. Conference of Catholic Bishops’ Committee on International Justice and Peace; Sean Callahan, CRS president; and Mercy Sister Mary Haddad, president of the Catholic Health Association of the United States.

“We offer our prayers for healing and support those organizations, both domestic and international, working to provide medical supplies and assistance to address this serious risk to public health,” the leaders said.

They commended the U.S. government for transporting more than 17 tons of donated medical supplies to China, saying it demonstrated “the critical importance of the need to work together and to invest in crucial health care systems here and in other countries.” The group also urged Congress to protect access to domestic health care safety-net programs and provide additional emergency international assistance to areas impacted by the virus.

CRS’ Van Hulle knows from experience the potential effects of a deadly virus. She was working in Sierra Leone with CRS’ health team in 2014-2015 in response to the Ebola outbreak.

At the time, CRS assisted people in the affected region not only through information campaigns but by providing safe and dignified burials, emergency food distributions, and infectious disease prevention and control. The outbreak had more than 28,000 confirmed cases and more than 11,000 deaths.

“During an Ebola outbreak, information and understanding people’s perception about the virus is just as important as medicine or a vaccine,” Van Hulle said in a statement at the time. She also said that local community leaders “play a critical role in educating people around Ebola and how to prevent both acquiring the virus and ongoing transmission.”

Some of what she learned during that outbreak can be applied to the current situation, she said, particularly the importance of community engagement.

In West Africa, she said, CRS worked with both government and religious leaders to ensure that people received information about how Ebola could be transmitted and stressed the absolute necessity of good hand-washing to keep the disease from spreading. 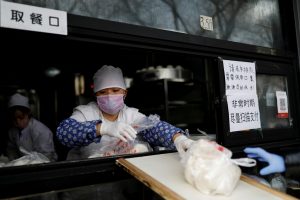 An employee wearing a protective mask delivers buns to a customer through a ramp from the restaurant counter at a store in Beijing on Feb. 12 as the country is hit by an outbreak of the coronavirus. (CNS photo/Carlos Garcia Rawlins, Reuters)

CRS also encouraged community reporting by urging people to report personal or observed signs or symptoms of the disease though a hotline number.

All the health centers, she added, had triage units at the front to weed out those who might have been exposed to Ebola, or could have it, from those who didn’t so fewer people would be exposed to, and in close contact with, those with the disease.

Van Hulle, said that although Ebola is no longer active in West Africa, that is “not to say there couldn’t be another outbreak.” She also noted that CRS has seen a different strain of the Ebola virus in the Democratic Republic of the Congo.

The World Health Organization reported Feb. 11 that there have been 3,432 cases of the virus and 2,249 deaths since the first outbreak of it in 2018.

Last year when there was a report of this Ebola strain in Uganda, the CRS Uganda representative, Niek de Goeij, said: “Everyone has been preparing for this scenario.”

“We consider even one case a very serious development,” he said in a statement. “But while Ebola is a frightening disease, we’ve seen almost a year of critical preparedness efforts on the part of the Ugandan government, and now immediate action by the Ministry of Health and international partners, to quickly contain these cases so far while avoiding its spread.”