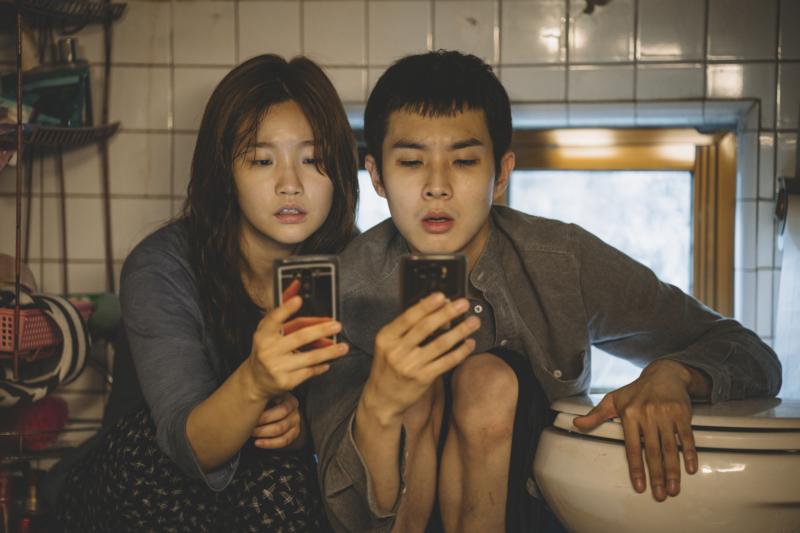 Park So-dam and Choi Woo-shik star in a scene from the movie "Parasite." The Catholic News Service classification is L -- limited adult audience, films whose problematic content many adults would find troubling. (CNS/Neon)

This South Korean feature begins as a sly comedy, then takes a surprising turn that leads on to a bloody, operatic climax laden with grim social commentary about class conflict.

After the son (Choi Woo-shik) of an impoverished family uses false pretenses to secure a position tutoring the daughter (Jeong Ji-so) of a wealthy household (led by Lee Sun-kyun and Cho Yeo-jeong), both his parents (Song Kang-ho and Chang Hyae-jin) and his sister (Park So-dam) con their way into jobs with the prosperous clan while pretending to be strangers to one another. But the longtime housekeeper (Lee Jung-eun) they’ve displaced has a secret that threatens to upend their successful ruse.

Clever and insightful, director and co-writer Bong Joon-ho’s film is too disturbing for casual moviegoers, though grown viewers willing to tackle its tougher elements, including some explicit sensuality within marriage, will encounter an accomplished piece of cinema.