Christmas hymn, video witness to the Real Presence of Jesus in the Eucharist 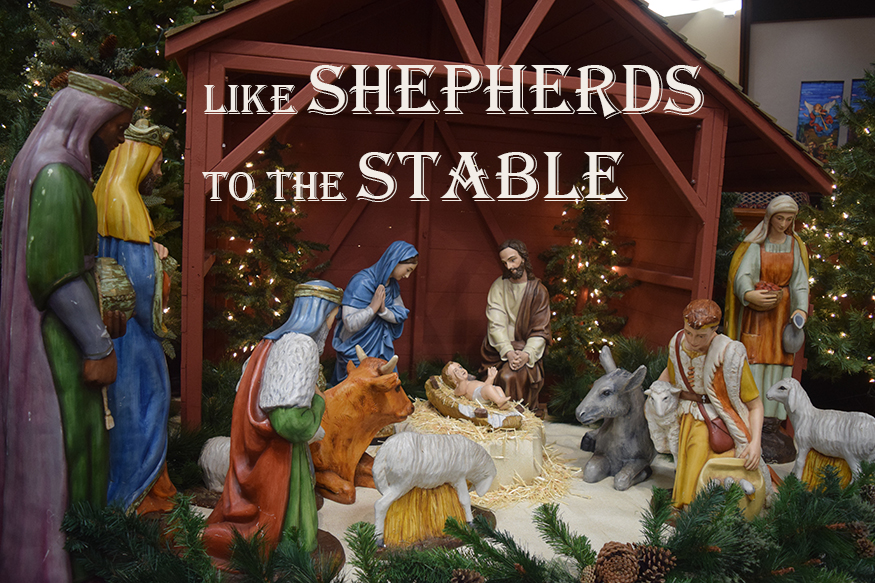 "Like Shepherds to the Stable" is a eucharistic-themed Christmas hymn composed by Tom Dermody, editor of The Catholic Post.

In his 2020 Festival Letter titled “The Real Presence,” Bishop Daniel R. Jenky asked that all in the Diocese of Peoria “look for ways to reinforce our teaching and witness regarding the Real Presence of Jesus Christ in the Most Holy Eucharist.”

While The Catholic Post continues to do that with various columns and news coverage, its editor this month conveyed a personal witness through the release of a Christmas-themed video of a hymn he composed titled “Like Shepherds to the Stable.”

“The song hopefully reflects the awe and wonder we should feel every time we receive Communion at Mass because, as the chorus says, ‘like Mary we are holding the Child of Bethlehem,’” said Tom Dermody, who has been writing songs as a hobby throughout his 40-year Catholic press career.

“Like Shepherds to the Stable” was originally composed in January of 2000, when the Diocese of Peoria was hosting regional Masses to open the new millennium. A studio recording was done in 2003 featuring a choir from St. Vincent de Paul Parish in Peoria, and the song was among those featured in “Music Mosaic,” a two-CD compilation of music from soloists and choirs around the Diocese of Peoria compiled by The Catholic Post that year.

The video features that audio recording, augmented by plentiful images from this year’s Peoria Area Community Festival of Nativities, where the “Joyful Noise” choir of St. Vincent de Paul Parish performed it. In addition, Catholic Post photos of Masses from throughout the Diocese of Peoria help visually illustrate that the Jesus whose birth we celebrate at Christmas comes to us sacramentally in Holy Communion.

The video is freely available on YouTube at https://youtu.be/7RKUQABa8Ss .