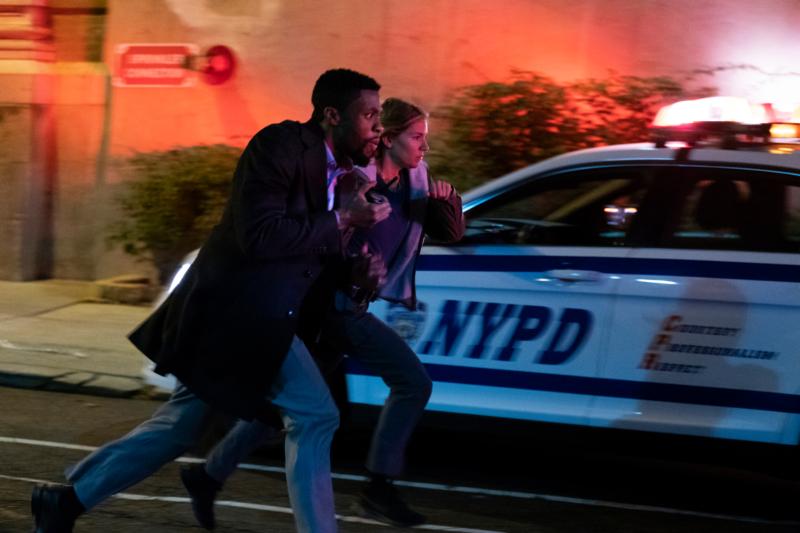 Chadwick Boseman and Sienna Miller star in a scene from the movie "21 Bridges." The Catholic News Service classification is L -- limited adult audience, films whose problematic content many adults would find troubling. (CNS/STXfilms)

Harshly violent crime drama that never explores the many themes it hints at raising. After a major drug theft ends with the grisly deaths of eight police officers, a detective (Chadwick Boseman) who has, for years, tried to avenge the demise of his father in the line of duty, is among those on the trail of two merciless bad guys (Stephan James and Taylor Kitsch) whose egress from Manhattan is blocked by the shutting down of the structures of the title. In the pursuit, he has to decide whether his search for justice should be tempered with mercy.

Director Brian Kirk and screenwriters Adam Mervis and Matthew Michael Carnahan never let this promising structure produce much in the way of surprise — or even reflection. Taut pacing, in this case, is no cover for failed aspirations, while the film’s high body count and splatter factor as well as its numbing drumbeat of foul dialogue necessitate a restrictive classification.