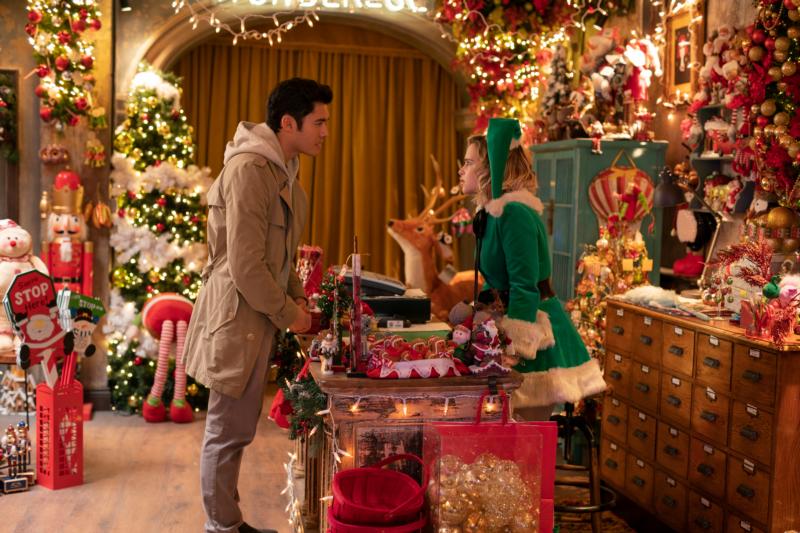 Awkward and problematic blend of romantic comedy and drama tells the conversion story of a selfish, thoughtless young woman (Emilia Clarke), a childhood refugee from ex-Yugoslavia living in London, whose life is transformed after she meets and falls for a mysterious, sensitive stranger (Henry Golding). Her reform benefits the stern but good-hearted owner (Michelle Yeoh) of the yuletide merchandise store where she works, her war-scarred mother (Emma Thompson) and put-upon dad (Boris Isakovic), as well as her successful attorney sister (Lydia Leonard).

As written by Thompson and Bryony Kimmings and directed by Paul Feig, the film is aesthetically flawed and a moral grab bag. The heroine’s original personality is so grating that it’s difficult to take much of a shine to her, and the twist ending is a whopper only the most sentimental will swallow while positive messages about welcoming foreigners, caring for the poor and the power of love to ennoble people are offset by a frivolous attitude toward emotionless encounters and homosexual relationships. Approach with caution.

A benign view of casual sex and a lesbian relationship, about a half-dozen uses of profanity, a couple of milder oaths, occasional crude and crass language. The Catholic News Service classification is L — limited adult audience, films whose problematic content many adults would find troubling. The Motion Picture Association of America rating is PG-13 — parents strongly cautioned. Some material may be inappropriate for children under 13.