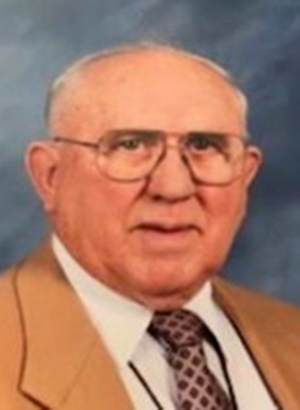 PEORIA HEIGHTS — A Mass of Christian Burial will be celebrated at 10 a.m. on Wednesday, Nov. 6, at St. Thomas the Apostle Church here for Deacon Francis Leander Eaton, a permanent deacon who served the parish for 11 years prior to reaching senior status in 2008.

Visitation will take place from 5 to 7 p.m. on Tuesday at St. Thomas Church, with a recitation of the rosary at 7 p.m.

Born June 25, 1924, in Peoria to James L. and Ruth E. (Michael) Eaton, he was the oldest of five siblings. He graduated from Woodruff High School with the Class of 1942 and went on to honorably serve in the United States Navy during World War II.

He married Dorothy P. Knapp on Jan. 29, 1947, and together they had nine children. Dorothy died in 1989. A daughter, Alice, a son, Kevin, one brother and three sisters also preceded him in death.

Deacon Eaton worked as a foreman for CILCO for 33 years until his retirement in 1982.

In 1993, he was accepted into the Diocese of Peoria’s sixth class of permanent deacons. He was ordained by Bishop John J. Myers on May 17, 1997, and appointed to serve St. Thomas the Apostle Parish in Peoria Heights.

Deacon Eaton was also a member of the Knights of Columbus, Fourth Degree, Spalding Council No. 427, and was active in Cursillo.

Memorials may be made to the St. Thomas Education Fund or to the St. Vincent de Paul Society at St, Thomas Catholic Church.