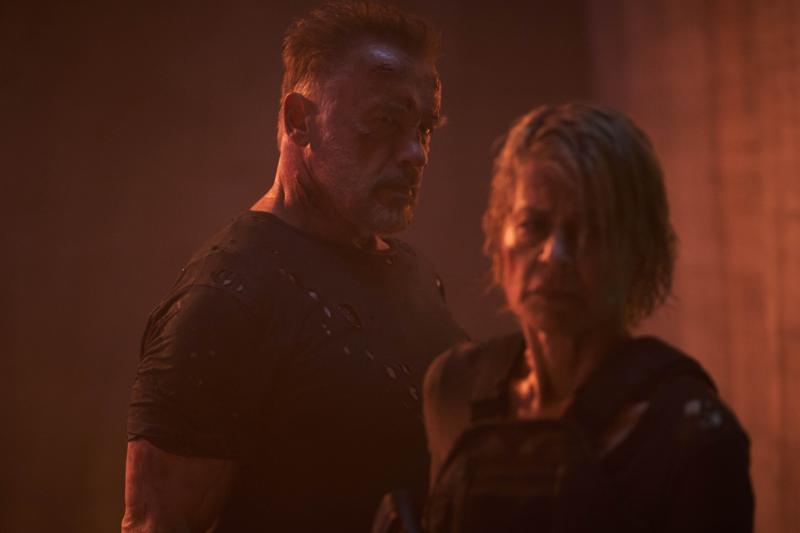 There’s a feminist cast to this average sci-fi action picture, intended as a continuation of the first two films in the franchise that began in 1984. The target (Lina Hamilton) of the original time-traveling Terminator (Arnold Schwarzenegger) unites with an enhanced human from the future (Mackenzie Davis) to protect a young Mexican woman (Natalie Reyes) who will one day play a vital role in the survival of humanity from the relentless robot (Gabriel Luna) who has been dispatched to murder her.

Themes of teamwork, conversion, forgiveness and self-sacrificing dedication are worked into the story, though the real agenda in director Tim Miller’s film is to have dust ups between mighty good guys and villains. A serviceable diversion for grown fans of the genre.

Much violence, some of it gory, a few gruesome sights, rear nudity, at least one profanity, a couple of milder oaths, numerous rough and crude terms. The Catholic News Service classification is A-III — adults. The Motion Picture Association of America rating is R — restricted. Under 17 requires accompanying parent or adult guardian.