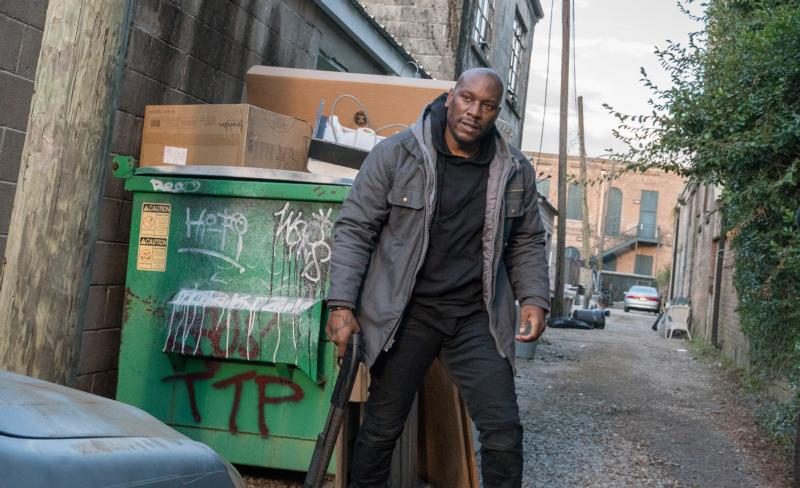 Tyrese Gibson stars in a scene from the movie "Black and Blue." The Catholic News Service classification is A-III -- adults. (CNS/Sony Pictures Entertainment)

Director Deon Taylor’s action thriller succeeds better in maintaining suspense about the fate of its protagonist than in commenting on current social issues, as Peter A. Dowling’s script clearly aspires to do.

An African American rookie in the New Orleans police department (Naomie Harris) accidentally witnesses the murder of a drug dealer, a crime that implicates some of her fellow officers (including James Moses Black and Frank Grillo) in an already unfolding scandal. She also captures the killing on her bodycam. As she becomes a fugitive, with the bad cops in pursuit, she discovers how few in the black community are willing to help her, though a local shop owner (Tyrese Gibson) does, reluctantly, come to her assistance.

There’s a contrived feel to the setup, and the movie goes on too long. But the chase is interesting, and Harris’ character provides a strong moral compass while Gibson’s undergoes something of a conversion.

Considerable violence with some gore, including gunplay and a harsh beating, about a dozen uses of profanity, a few milder oaths, a couple of rough terms, much crude and crass language. The Catholic News Service classification is A-III — adults. The Motion Picture Association of America rating is R — restricted. Under 17 requires accompanying parent or adult guardian.