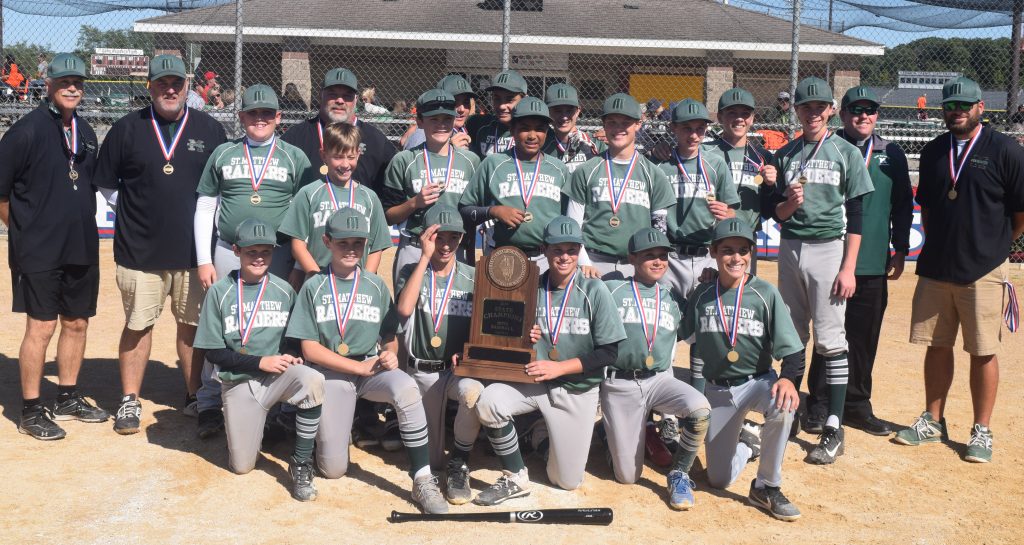 Players, coaches, and school officials from St. Matthew School in Champaign pose with the IESA Class 1A state championship hardware following the Raiders' 9-2 win over Jacksonville Our Saviour on Oct. 7 at the EastSide Center in East Peoria. (The Catholic Post/Tom Dermody)

St. Matthew School in Champaign is celebrating a state championship earned by its baseball team on Monday with a 9-2 victory over Jacksonsville Our Saviour at the EastSide Centre in East Peoria. 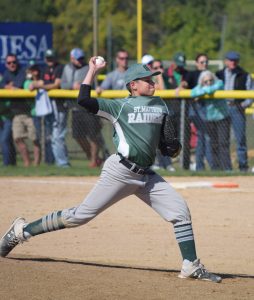 Pitcher Cole Kemper was among the stars of St. Matthew’s state championship win, hurling a complete game in the Raiders’ 9-2 victory over Jacksonville Our Saviour for the IESA Class 1A title on Oct. 7. (The Catholic Post/Tom Dermody)

The title win followed a dramatic come-from-behind, extra inning victory on Saturday over Springfield St. Agnes in a semifinal game during the Illinois Elementary School Association Class 1A state tournament.

Pitcher Cole Kemper was among the stars of the championship game, hurling a complete game and allowing only five hits. The Raiders’ Tim Oliver went 3-for-3, including a double during a key 3-run rally in the fifth inning.

The team, which finished its historic season with an 18-2 record, will be recognized during an all-school assembly on Friday.