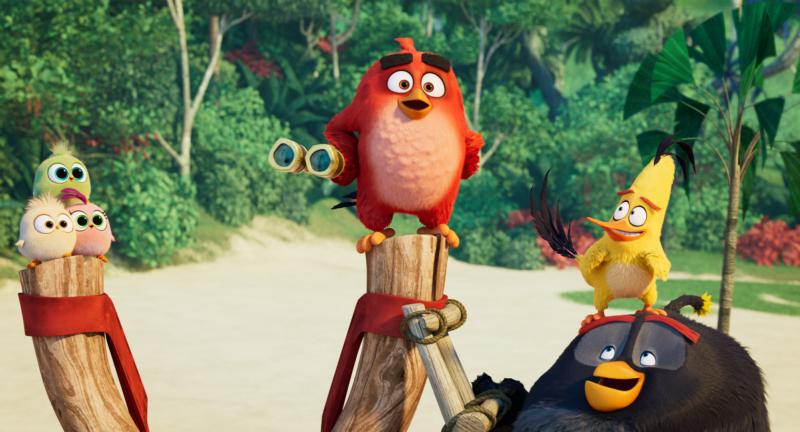 The filmmakers behind this animated follow-up to the 2016 original create not one but two romantic subplots, teach a heartwarming moral lesson about cooperation even when you don’t like someone else, throw in a slew of ’90s references to entertain the grown-ups, and mix an air of unhinged, deeply classical silliness with the seemingly inevitable (in children’s fare) potty jokes.

The flightless birds (voices of, among others, Peter Dinklage, Josh Gad and Danny McBride) and crass green pigs (their leader voiced by Bill Hader) of the popular app must band together to stave off a threat from icy Eagle Island (its instigator voiced by Leslie Jones). The youngest audience members won’t understand all the jokes. But director Thurop Van Orman and screenwriter Peter Ackerman, eager to please, have seen to it that something inevitably comes along that they will. The result is in a comedy virtually the whole household can enjoy.

Intense action sequences, fleeting scatological humor. The Catholic News Service classification is A-II — adults and adolescents. The Motion Picture Association of America rating is PG — parental guidance suggested. Some material may not be suitable for children.