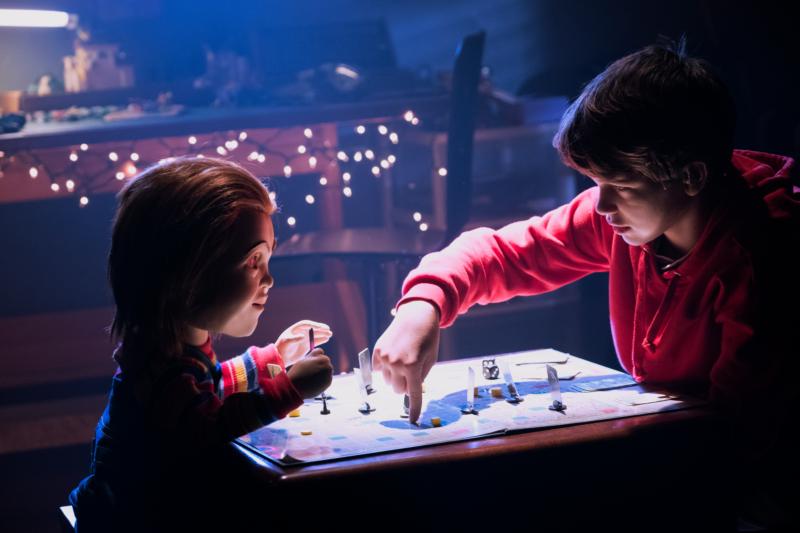 This remake of the 1988 film about a toy doll (voice of Mark Hamill) run amok is a black comedy awash in sadistic violence and gore, directed Lars Klevberg.

A single mother (Aubrey Plaza) gives her lonely son (Gabriel Bateman) an artificial-intelligence doll as a companion. Unbeknownst to her, this doll was sabotaged in the factory, and responds to negative energy when its owner is upset or threatened. A murderous rampage ensues, starting with the family cat.