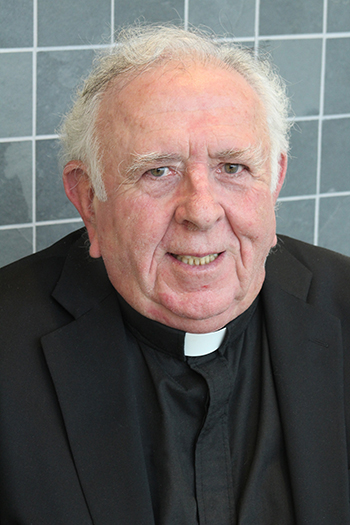 LACON — Born in Monmouth on June 23, 1939, Father Enderlin earned a bachelor’s degree in philosophy from St. Ambrose University in Davenport, Iowa, and completed his studies for the priesthood at Immaculate Conception Seminary in Conception, Missouri.

His first assignments after ordination were as parochial vicar at St. Monica in East Peoria and St. Bernard in Peoria, and assistant chaplain and chaplain at St. Francis Hospital in Peoria (now OSF HealthCare Saint Francis Medical Center).

He said he started to think of a vocation in late grade school and that continued through high school. Nevertheless, he held back.

“Father Paul Albers of the Diocese of Davenport assisted with making the final decision to study for the priesthood,” he said.

“Highlights have to be celebrating the sacraments for the parishioners and their spiritual development and growth,” according to Father Enderlin. He added that there haven’t been any real challenges over the last 50 years, just “situations to do what is essential for my own spiritual life, as well as sharing challenges of the people of the parish.”

What does he wish everyone knew about the priesthood?

“First of all, I think others should realize the priesthood is a good life and enjoyable,” Father Enderlin said.

“What I have learned is that the Holy Spirit wins in times of questions, both in deciding on a vocation, as well as experiencing and living a vocation,” he explained. “Following the Holy Spirit’s prompting would have gotten me started four years earlier.”

Father Enderlin spent the first five years of his “retirement” working with the Habitat for Humanity affiliate based in Marshall County, which built nine homes. Now he spends the winters in Texas and helps out wherever and whenever he can when he’s in central Illinois.

Father Enderlin has no plans for a formal celebration, but a private gathering with his family will take place this fall.