“The Secret Life of Pets 2” (Universal) 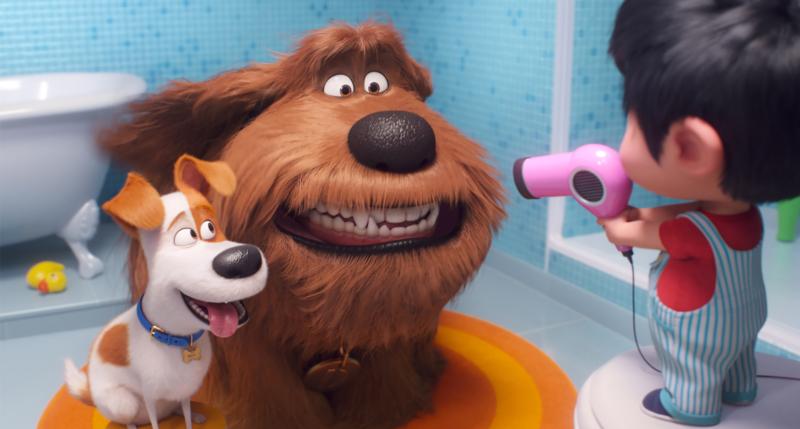 Amusing antics and a lively pace make this follow-up to the 2016 original, helmed by returning director Chris Renaud, an entertaining cartoon for kids.

The most prominent of the three storylines involves a fretful terrier (voice of Patton Oswalt) who learns to be more courageous when his owners take him and his mutt sidekick (voice of Eric Stonestreet) on a visit to a relative’s farm and they befriend the fearless alpha canine (voice of Harrison Ford) who presides there. Back home in New York City, the Pomeranian (voice of Jenny Slate) who has set her cap for the terrier loses the favorite toy he entrusted to her keeping and must brave an apartment full of fearsome felines to retrieve it while an eccentric bunny (voice of Kevin Hart) and a good-hearted Shih Tzu (voice of Tiffany Haddish) plot to free a gentle tiger from its captivity in an abusive circus.

Although the potty humor of the first film has been toned down, Brian Lynch’s script, as co-directed by Jonathan Del Val, includes situations of mayhem and danger that could frighten little ones. Older children and their parents, by contrast, will find this a congenial adventure.

Cruelty to animals, much cartoonish violence, scenes of peril, a few scatological jokes, a couple of crass terms. The Catholic News Service classification is A-II — adults and adolescents. The Motion Picture Association of America rating is PG — parental guidance suggested. Some material may not be suitable for children.