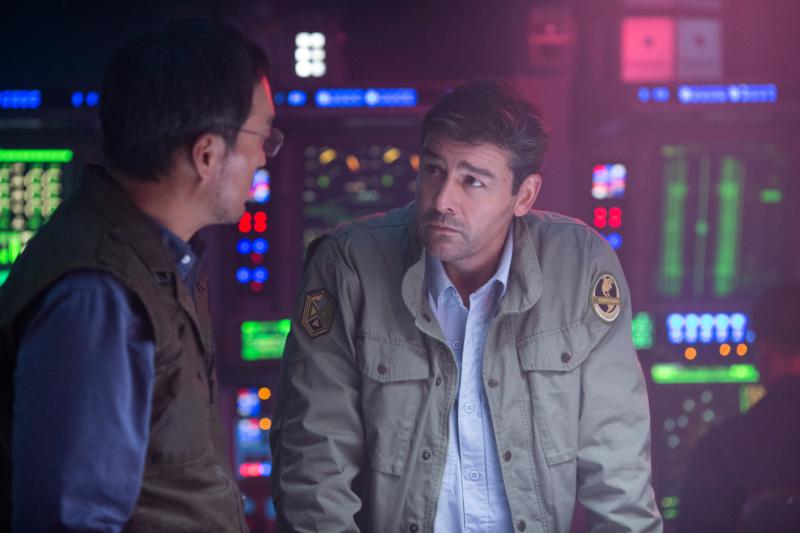 Ken Watanabe and Kyle Chandler star in a scene from the movie "Godzilla: King of the Monsters." The Catholic News Service classification is A-III -- adults. (CNS/Warner Bros.)

The messy plot of this grating sequel to 2014’s “Godzilla” centers on a divorced couple (Kyle Chandler and Vera Farmiga) and their teen daughter (Millie Bobby Brown) who get caught up in a worldwide rampage by outsized monsters known as Titans. Human interest gets trampled underfoot as the lumbering creatures screech with rage and do battle with one another, courtesy of the special effects unit.

While director and co-writer Michael Dougherty’s film is acceptable for most grown-ups, its weird attempt at an environmentalist theme comes across as addled and the repeated assertion in its dialogue that the Titans were “the first gods” will irk believers.

Pervasive stylized violence, some of it harsh, numerous uses of profanity, a couple of mild oaths, at least one rough and several crude terms, an obscene gesture. The Catholic News Service classification is A-III — adults. The Motion Picture Association of America rating is PG-13 — parents strongly cautioned. Some material may be inappropriate for children under 13.