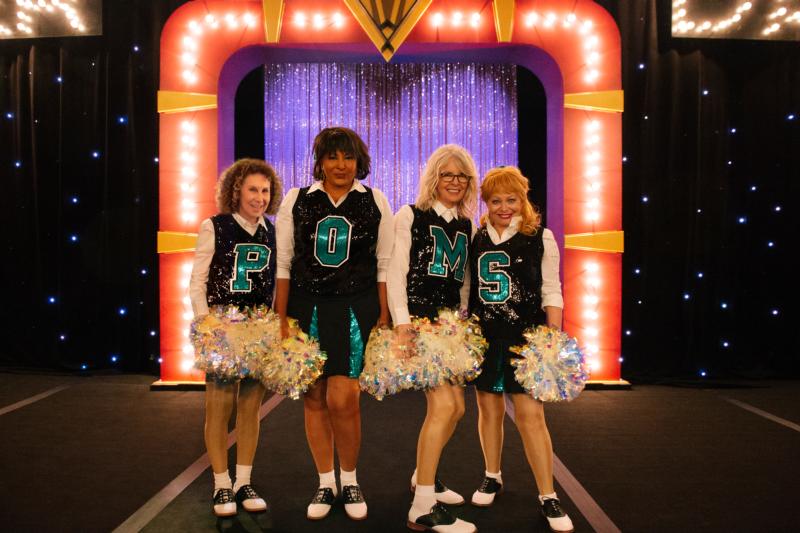 Well-meaning but feeble comedy in which a retired teacher (Diane Keaton) suffering from ovarian cancer relocates to a community for senior citizens and, together with her new next-door neighbor (Jacki Weaver), organizes a cheerleading club (Rhea Perlman and Pam Grier play its most prominent members).

As the squad struggles to overcome the physical limitations of old age and the opposition of the snobby local power broker (Celia Weston), director Zara Hayes’ film sends messages about friendship, determination and the enduring abilities of the elderly. But the story arc is painfully predictable, and the slack pacing could use a dose of Geritol.

Considerable sexual humor, a few uses of profanity, a couple of mild oaths, about a dozen crude terms, a handful of crass expressions, an obscene gesture. The Catholic News Service classification is A-III — adults. The Motion Picture Association of America rating is PG-13 — parents strongly cautioned. Some material may be inappropriate for children under 13.