Daniel McShane will be ordained to priesthood May 25; first Mass in Lincoln 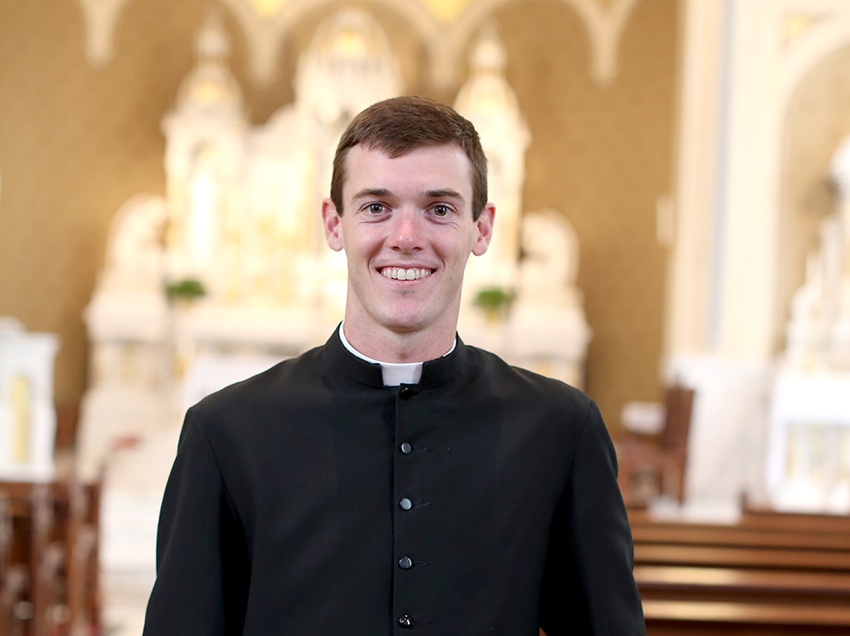 Deacon Daniel McShane of Holy Family Parish in Lincoln will be ordained to the priesthood on Saturday, May 25. His first assignment will be announced following ordination. (Photo by Nellie Gould)

Deacon Daniel McShane will be ordained a priest for the Diocese of Peoria during a 10:30 a.m. Mass celebrated by Bishop Daniel R. Jenky, CSC, at St. Mary’s Cathedral in Peoria on Saturday, May 25.

Deacon McShane, 29, is the son of John and Diane McShane, members of Holy Family Parish in Lincoln. He has just completed six years of preparation at Mount St. Mary’s Seminary in Emmitsburg, Maryland.

The public is invited to the ordination Mass and reception to follow, as well as to a prayer vigil at 7:15 p.m. on Friday, May 24, also at the cathedral. During that service, which includes eucharistic adoration, prayers will be offered for the ordinand as well as for priestly vocations, and the chalice that Deacon McShane will use in his priesthood will be consecrated by Bishop Jenky.

“(Your) support and prayers have probably done more for me than I’ll know this side of heaven.” — Deacon Daniel McShane

He will celebrate his first Mass at 8 a.m. on Sunday, May 26, at Holy Family Church in Lincoln. The homilist will be Msgr. Michael Heintz, a priest of the Diocese of Fort Wayne-South Bend who is academic dean at Mount St. Mary’s Seminary and a longtime family friend.

Deacon McShane thanked all who have supported him on his path to the priesthood.

“Their support and prayers have probably done more for me than I’ll know this side of heaven,” he told The Catholic Post this week as he returned to central Illinois from the seminary. “There’s been a lot of peace this year approaching ordination.”

Born in Dallas, Texas, he moved with his family at an early age to South Bend, Indiana, and is a graduate of Marian High School in Mishawaka. His vesting priest at the ordination Mass will be Father Daniel Scheidt, who was chaplain at the high school and “was the first one who got me thinking more seriously about the faith and the priesthood,” said Deacon McShane. “It will be really special to have him vest me.” 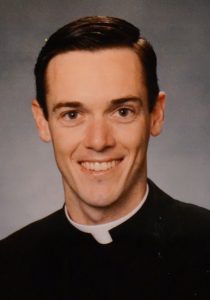 The thoughts of priesthood intensified while he was a student at the University of Illinois, from which he earned a bachelor’s degree in history and philosophy in 2013.

“It was there, at St. John’s Catholic Newman Center, that I began attending daily Mass, surrounding myself with good friends, and developing my relationship with God in a new and mature way,” Deacon McShane recalled in an interview published in the 2017 Vocations section of The Catholic Post. “The joy of the priests serving on campus and the missionary nature of their ministry influenced me a great deal, wanting to live a life like theirs,” he added, especially citing spiritual direction offered by the late Msgr. Greg Ketcham.

It was Msgr. Ketcham who encouraged Deacon McShane to visit Mount St. Mary’s Seminary during his senior year, and “it was during that visit that I encountered in prayer God’s desire for me to be a priest.”

Deacon McShane’s seminary years afforded him many experiences that have prepared him for the priesthood. Among them:

Deacon McShane will attend a retreat this week at the Carmelite monastery in Holy Hill, Wisconsin.

He looks forward to ordination day — “I feel ready for it, as ready as you can be” — and concelebrating the Mass with Bishop Jenky and his brother priests.

Deacon McShane’s parents moved to Lincoln when he was a student at the University of Illinois. His father was raised in Lincoln and has deep family roots there. Deacon McShane’s two older brothers, Andrew (who is married with two daughters) and Michael, will also attend the ordination Mass.

Deacon McShane said that, as a priest, he will be “an extension of Christ on earth” as he offers in Mass “the perfect sacrifice of Christ to the Father on behalf of the people I am called to serve.” He hopes to be a loving priest, “first being transformed by God’s love, and then spreading His love to others.”

His first assignment will be announced following his ordination.