Obituaries for mother of Msgr. Halfacre and father of Father William T. Miller 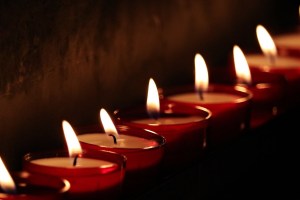 MUNSTER, Indiana — A Mass of Christian Burial was celebrated on Thursday, April 25, at St. Thomas More Church here for Marian Louise (Parker) Halfacre, 83, the mother of Msgr. Philip Halfacre, pastor of St. Michael the Archangel Parish in Streator and Sts. Peter and Paul Parish in Leonore. 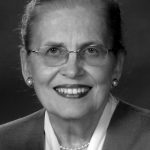 Mrs. Halfacre, a longtime resident of Hammond, died on April 22, 2019, at OSF HealthCare Saint Elizabeth Hospital in Ottawa, Illinois. She was 83.

Born May 26, 1935 to Philip and Florence (Pittaway) Parker, she was raised in Highland, Indiana, and attended Griffith High School. She married William Kenneth Halfacre on June 15, 1957. He died in 2018.

After graduating from Purdue University, she served as teacher of home economics at Hammond High School and then later as director of food services, where she oversaw the lunch program in Hammond’s 24 schools. After her retirement, Mrs. Halfacre served as a member of the Hammond Education Foundation.

A private burial was to take place at St. Columba Cemetery in Ottawa. Memorial contributions can be made to St. Thomas More Parish in Munster, St. Michael the Archangel Parish in Streator, or Marquette Academy in Ottawa.

COLUMBUS, Ohio — A funeral Mass will be offered on Saturday, April 27, at Our Lady of Victory Church here for William Joseph Miller, 81, the father of Father William T. Miller, pastor of parishes in Galesburg and Abingdon.

Father Miller will preside at the funeral Mass. Entombment will follow at St. Joseph Cemetery in Lockbourne.

Visitation is planned from 4 to 7 p.m. on Friday evening at the John Quint Treboni Funeral Home in Columbus.

Mr. Miller was born Oct. 20, 1937, in Blackoak, Indiana, to Hobert and Florence (Rickhoff) Miller. While serving in the U. S. Army, he was assigned to West Germany where he met Karola “Rose” Seger. They were married on Nov. 29, 1957, in Schweinfurt, Germany.

Mr. Miller was preceded in death by his parents, one brother and three sisters.

Mass offerings may be directed to Our Lady of Victory Parish or memorials directed to Trinity Catholic School, 1381 Ida Ave., Columbus, Ohio, 43212.