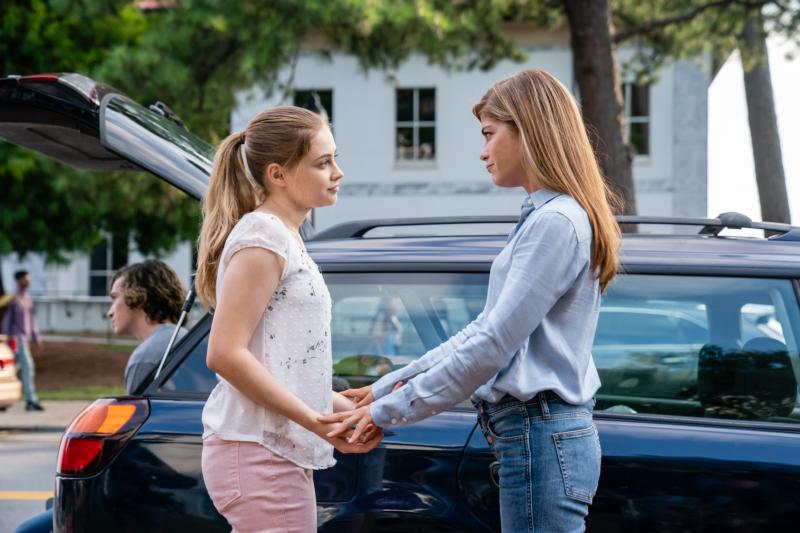 Josephine Langford and Selma Blair star in a scene from the movie "After." The Catholic News Service classification is A-III -- adults. (CNS/Aviron)

What might have been an effective film interpretation of a somewhat grounded college romance in Anna Todd’s best-selling “new adult” novel sadly turns into a parade of wooden archetypes.

Two literate protagonists, she (Josephine Langford) mostly chaste, he (Hero Fiennes Tiffin) brooding and tattooed with a mysterious, somewhat troubled background, serve as stand-ins for the uneasy lovers of classic literature. Director and co-writer Jenny Gage and her trio of script collaborators wade into the old tropes of the earnest “good girl” navigating her way amid new surroundings as she starts freshman year. She has to decide whether she’s living just to make her mother (Selma Blair) and priggish high school boyfriend (Dylan Arnold) happy or is willing to strike out on her own and make painful mistakes along the way.

There’s at least a weak moral foundation underlying this structure. But it will be up to grown viewers to decide whether the story has been adapted with sufficient vigor.

A scene of sensuality implying nonmarital sexual activity with contraception use, same-sex kissing suggesting a lesbian relationship. The Catholic News Service classification is A-III — adults. The Motion Picture Association of America rating is PG-13 — parents strongly cautioned. Some material may be inappropriate for children under 13.