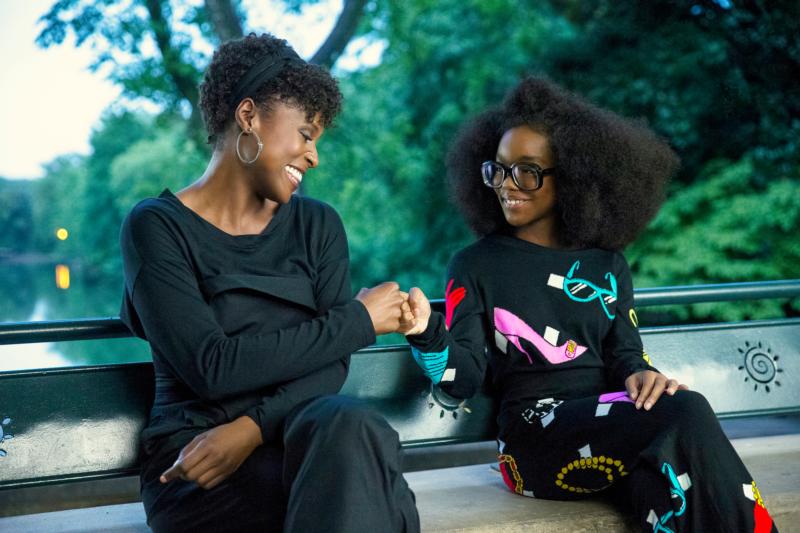 Issa Rae and Marsai Martin star in a scene from the movie "Little." The Catholic News Service classification is A-III -- adults. (CNS/Universal)

A successful but outrageously rude businesswoman (Regina Hall) learns to be more considerate after a little girl (Marley Taylor) casts a spell that turns her back into a 13-year-old middle schooler (Marsai Martin) and the only person she can share her secret with is her much-put-upon personal assistant (Issa Rae).

Wholly unconnected to anything in the real world, director and co-writer Tina Gordon’s comic fantasy does initially produce some laughs as Hall’s rampaging character rips all around her to shreds. But much of the later humor is vulgar, a low ebb being reached in a sequence about the schoolgirl’s very age-inappropriate effort to flirt with her handsome teacher (Justin Hartley). As for the older version of the protagonist, she has a sleep-in boyfriend (Luke James) with whom she won’t even cohabit for fear of commitment.

Uneven mix of effective and distasteful gags. A premarital relationship, much sexual humor, drug use, a couple of mild oaths, occasional crude and crass language. The Catholic News Service classification is A-III — adults. The Motion Picture Association of America rating is PG-13 — parents strongly cautioned. Some material may be inappropriate for children under 13.