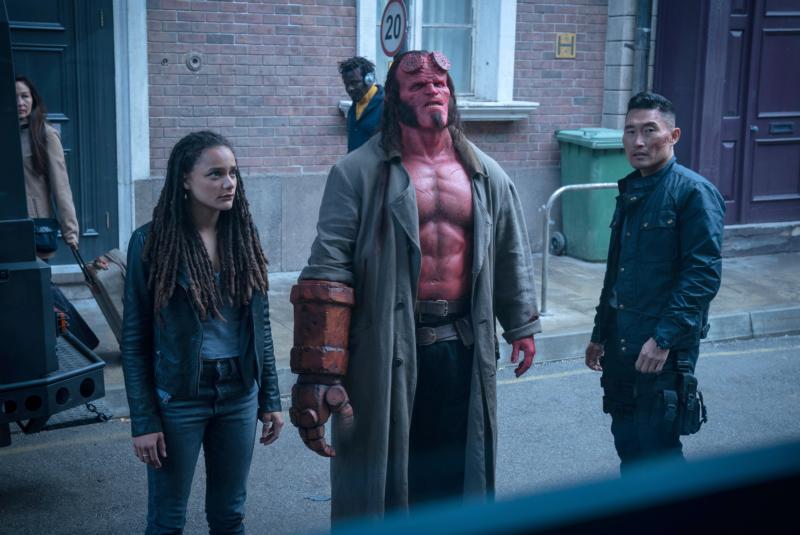 The demon-fighting title character (David Harbour), who appeared in two films in 2004 and 2008, gets a gritty reboot courtesy of director Neil Marshall and screenwriter Andrew Cosby.

In adapting graphic novels by Mike Mignola, they’ve given him a considerable existential crisis, nagging father issues and an arch-nemesis (Milla Jovovich) who dates back to the Middle Ages. Although he’s on the side of good, or at least his interpretation of what’s right. the percussive violence and high splatter factor have a deadening effect, making this difficult to take as casual entertainment.