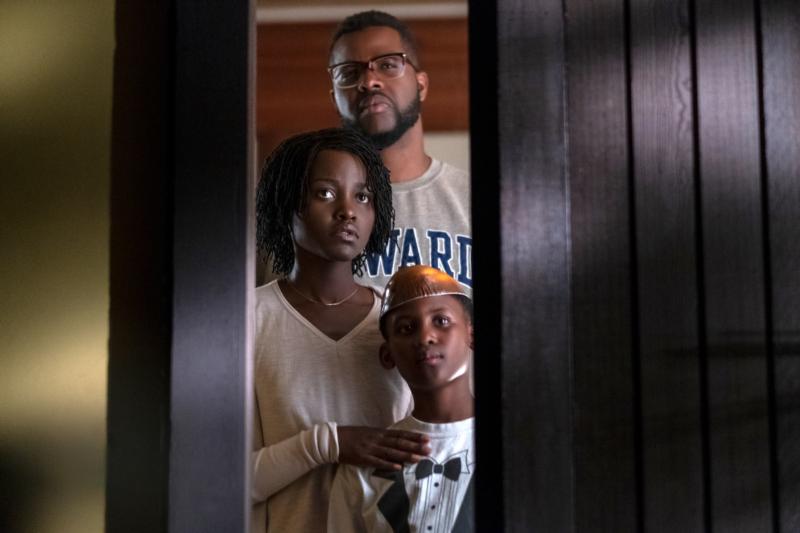 Winston Duke, back, Lupita Nyong'o and Evan Alex star in a scene from the movie "Us." The Catholic News Service classification is L -- limited adult audience, films whose problematic content many adults would find troubling. (CNS/Universal)

A childhood encounter with an exact double of herself proves to be the far-off prelude to a California woman (Lupita Nyong’o), her husband (Winston Duke) and kids (Shahadi Wright Joseph and Evan Alex) being visited and terrorized by a malignant version of their family. The macabre replicas have emerged from the tunnels in which they dwell armed with scissors and intent on murder.

There are frights aplenty in the struggle that follows as well as an allegory about economic inequality and perhaps slavery as well. Though clan closeness proves crucial to the outcome, the mayhem is too intense for a wide audience.