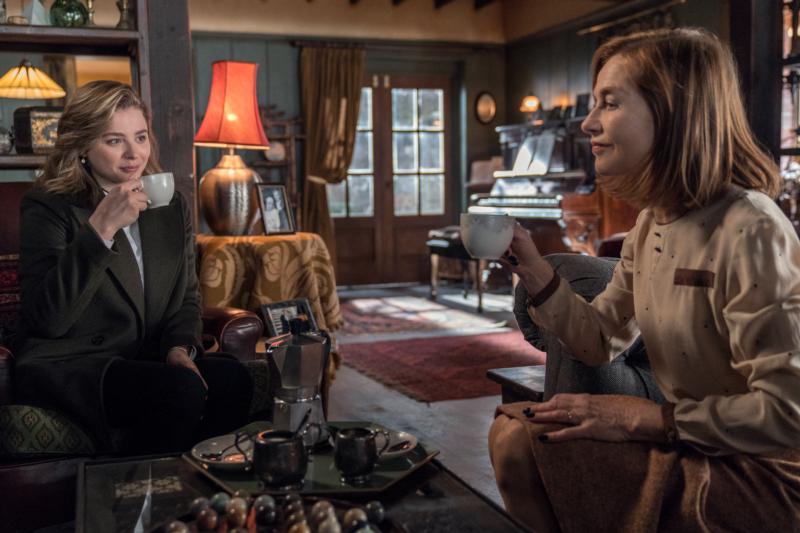 A naive waitress (Chloe Grace Moretz), still mourning the recent death of her mother, finds a lost handbag on a New York City subway train and, on returning it, discovers that its owner is a lonely French-accented widow (Isabelle Huppert). The two quickly bond, but all is not, of course, what it seems in director and co-writer Neil Jordan’s psychological thriller, which also features Maika Monroe as the server’s savvier roommate.

Moretz and Huppert create sufficient dynamism to elevate the implausible proceedings into a guilty pleasure, and Jordan holds back any bloodletting until a single sequence that’s all the more shocking for the restraint that has preceded it. Gothic fun for grown-ups.

Momentary but intense gory violence, a few gruesome images, references to a lesbian relationship, about a half-dozen uses of profanity, several crude and crass terms. The Catholic News Service classification is A-III — adults. The Motion Picture Association of America rating is R — restricted. Under 17 requires accompanying parent or adult guardian.